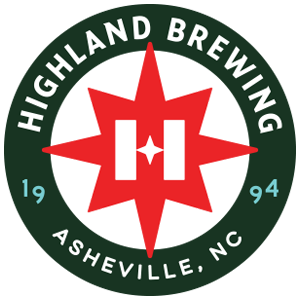 Highland Brewing Company was founded by Oscar Wong in Asheville, North Carolina, and began production in 1994. Asheville’s first legal brewery, it has been a hit with locals and people from all parts since its inception. It has expanded four times and added a tasting room since 1994, but the basic values of honesty, integrity and respect instilled by Oscar Wong are still the focus to this day. Highland Brewing believes in investing in your local community, and in giving back. To that end Highland gives all of its spent grain to a local farmer to feed his cows, and supports local conservation and food bank initiatives to help out their environment and community. Not just a hit with the average beer drinker, Highland’s Black Mocha Stout took home the silver medal from the Great American Beer Festival and the World Beer Cup. As far north as Virginia and as far west as Ohio, Highlands Brewing is ready to tickle your taste buds and show you just how good ethically made beer can be.