Ommegang's brewmaster Phil Leinhart wanted to make a sour fruit beer, but the climate in Cooperstown, NY prevented him from doing so. He turned to Ommegang's sister brewery, Liefmans in Belgium, to get it done. Rosetta, named after Madame Rosa Merckx, Liefmans' former brewmaster and the first Belgian woman with that title, is an elegant fruit beer matured on cherries for at least three years. The tartness and sweetness to blend well together, thanks to Phil's perfectly balanced blend of Oud Bruin (a tart Flemish brown ale) with Cuvee Brut (a fruity and lively Kriek Beer) 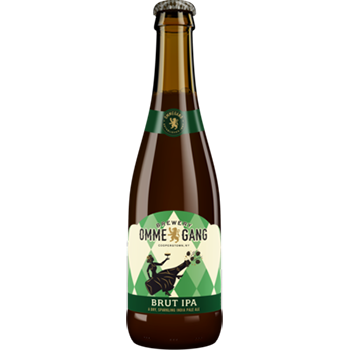