Against the Grain Brewery, like the name implies, has distinguished themselves from other breweries in their home town of Louisville, Kentucky. As Louisville’s first brewer-owned brewery, Against the Grain has consistently bridged the gap between production and innovation by never producing the same beer twice. The brewers feel that this enables them to be consistently creative without ever getting too comfortable.

At Against the Grain, brewing beers that are both diverse and consistent has long been a part of their avant-garde approach to craft beer. By rotating through various styles such as Session, Dark, Hop, Malt, and others, Against the Grain steps away from many of the conventions of the brewing world; such as the dependence on flagship and seasonal offerings. It is this approach that instigated the opening of Against the Grain in the first place and it is that same desire to remain inventive that will sustain them for years to come.

Against the Grain Citra Ass Down! 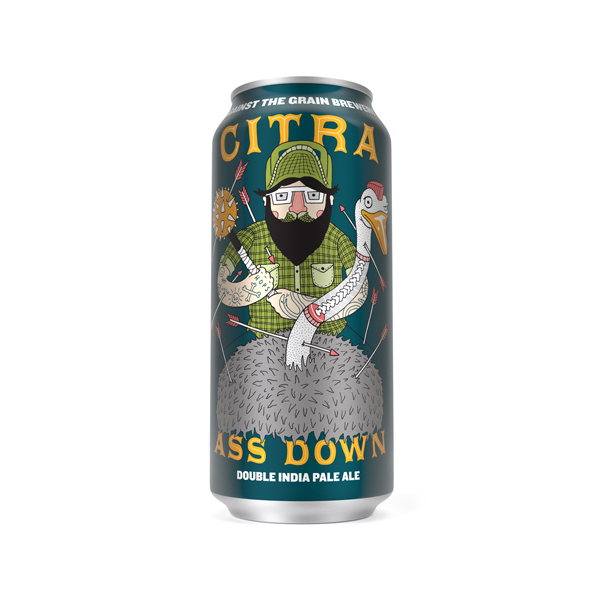