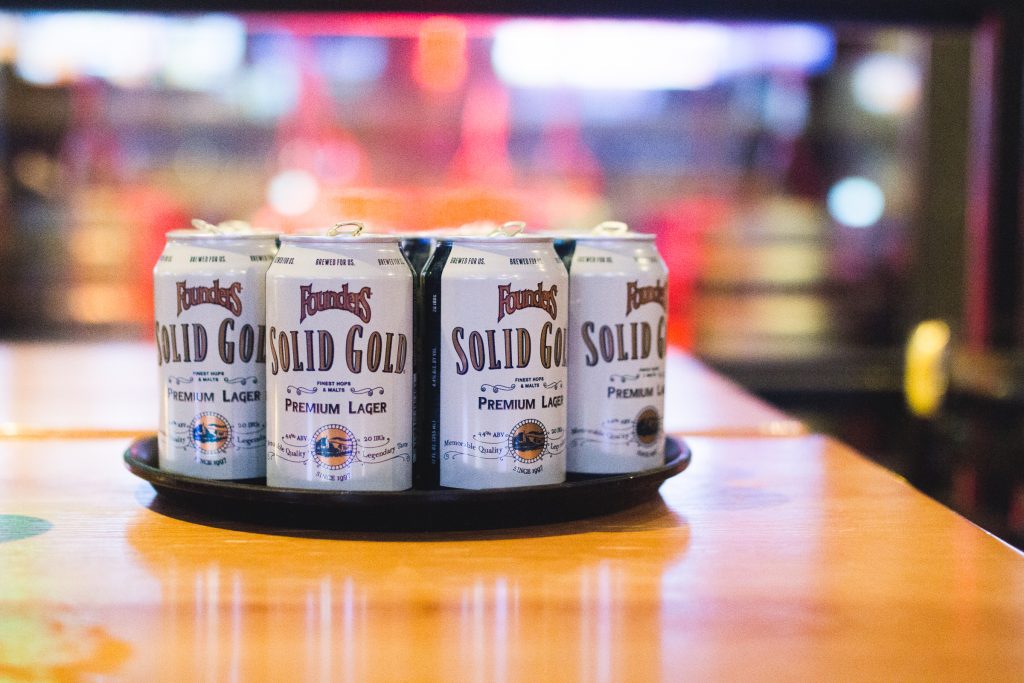 As a brewery that built itself on innovation and not following the rules, it’s no surprise Founders is once again changing the game with their newest beer: Solid Gold Premium Lager.

Solid Gold is one of the first craft-brewed adjunct lagers to be produced on a large scale. For those of you following at home, BeerAdvocate describes adjunct lagers as:

Light bodied, pale, fizzy lagers made popular by the large macro-breweries (large breweries) of America after prohibition. Low bitterness, thin malts, and moderate alcohol. Focus is less on flavor and more on mass-production and consumption, cutting flavor and sometimes costs with adjunct cereal grains, like rice and corn.

And while Solid Gold indeed has low bitterness and moderate alcohol, make no mistake: this beer is delicious. As Founders Co-Founder Mike Stevens puts it:

I think with Solid Gold you’re going to find a hint of craft in there with a hint of domestic premium and a hint of import in there. It’s really a well-rounded brand that’s going to be applicable to all kinds of palates. 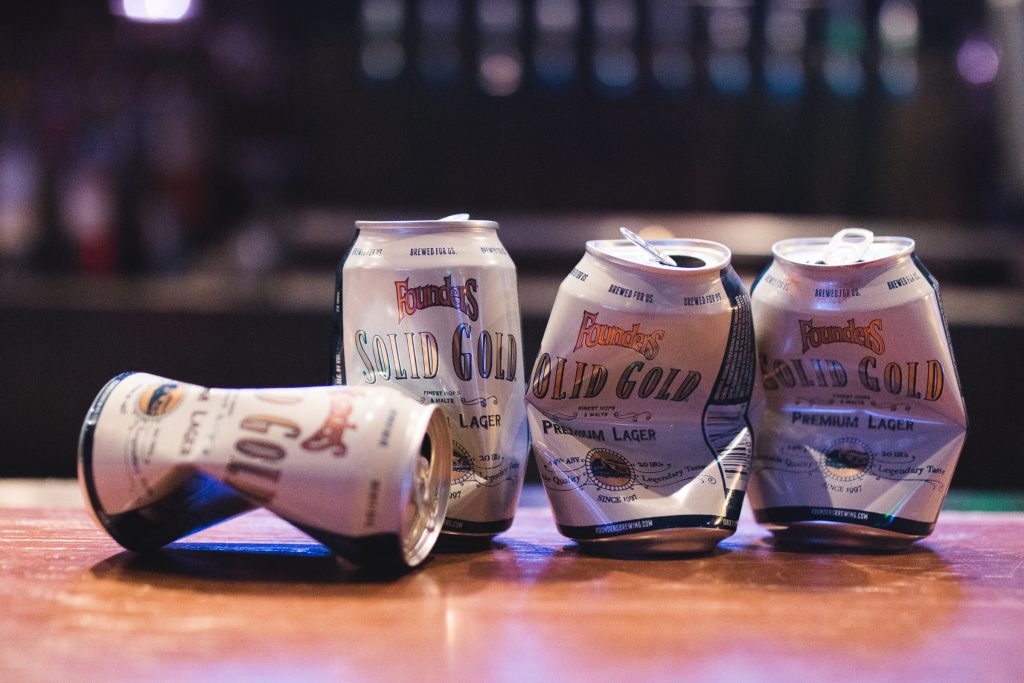 This beer features several hop varieties with Magnum and Perle in the boil, along with a dry-hop addition of Lemondrop for a hint of citrus aroma. At 4.4% ABV, it’s extremely drinkable without putting you over the edge either. Don’t believe us? Paste Magazine gives this beer an 8.3/10.

Look for Solid Gold in 15 and 6-packs of cans, as well as on draft in 1/2 and 1/4 barrels. Use our Beer Finder to located this beer near you.