We’re pleased to announce that Motor Row Brewing Company, the brand new South Loop brewery, has joined the Lakeshore Beverage family and will begin distribution across Chicago this month. Who is Motor Row? Well, they’re kind of small. I mean, there’s only three people there… but don’t let their size fool you, they are mighty and make mighty good beer. 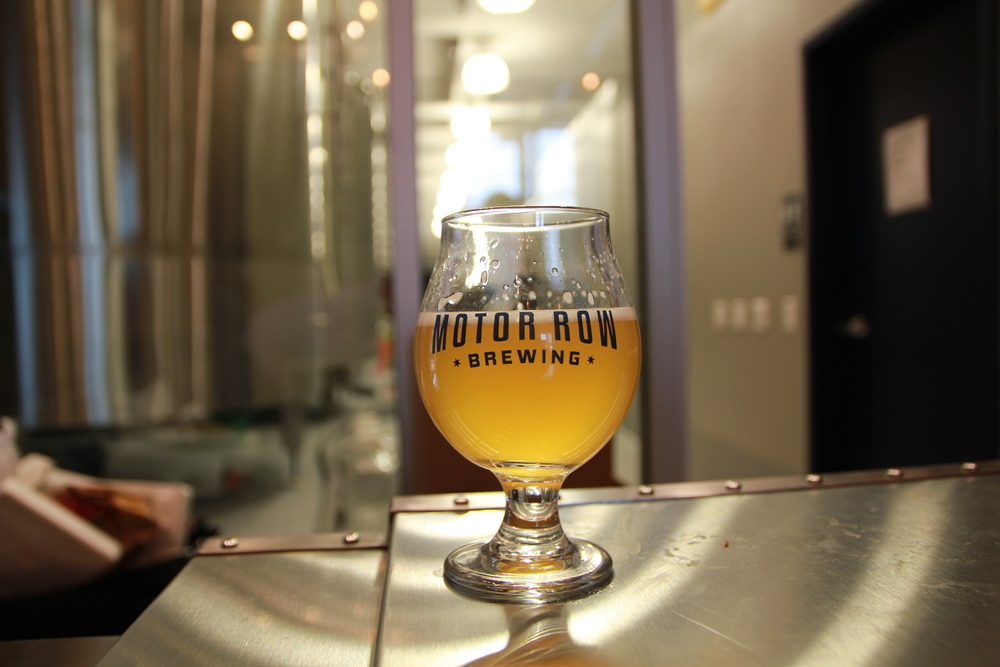 We’re pleased to announce that Motor Row Brewing Company, the brand new South Loop brewery, has joined the Lakeshore Beverage family and will begin distribution across Chicago this month. Who is Motor Row? Well, they’re kind of small. I mean, there’s only three people there… but don’t let their size fool you, they are mighty and make mighty good beer.

See what I did there? 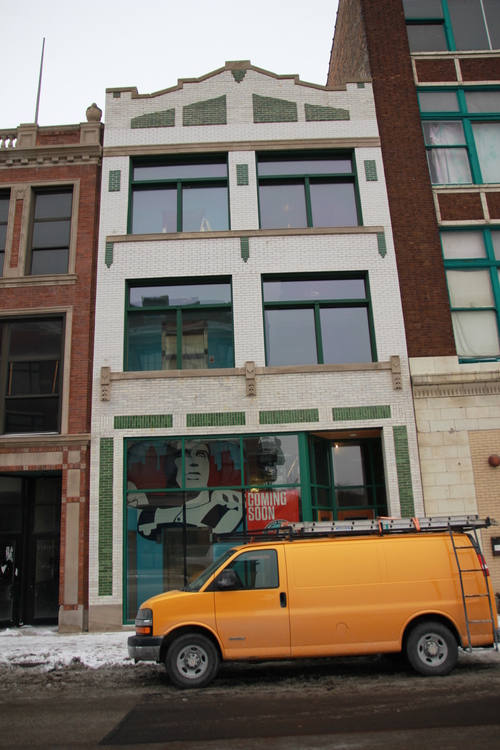 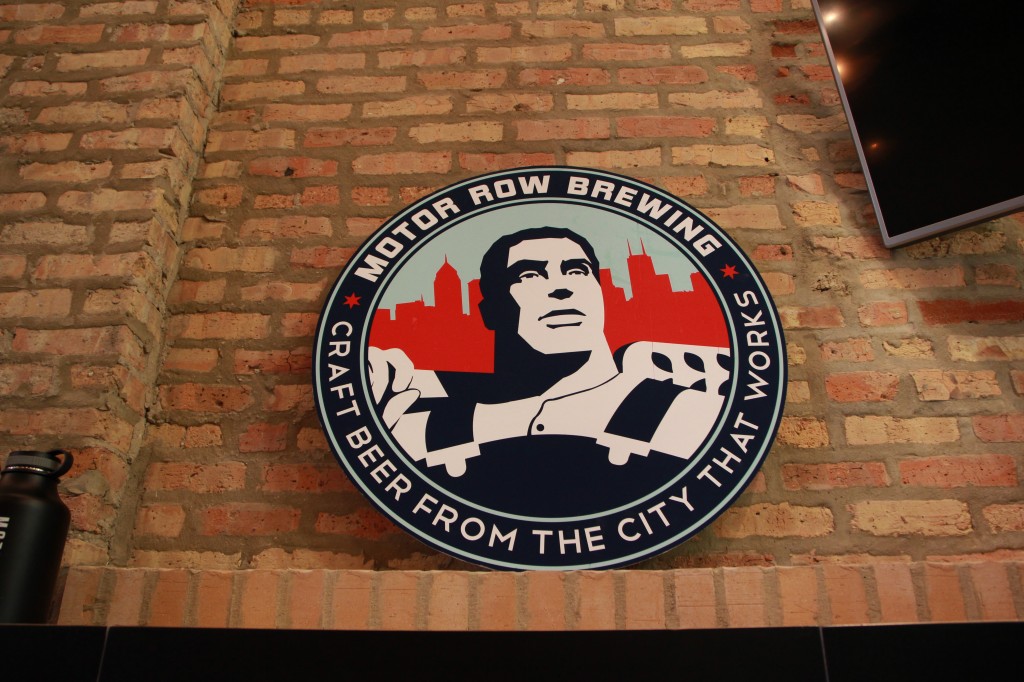 Frank Lassandrello: Motor Row Brewing is a brand new brewery in Chicago’s historic Motor Row district in the South Loop. The focus of the brewery is on consistency, cleanliness, sanitation, and a consistent product. My concept is to make beer that is approachable, while maintaining American craft beer roots. We specialize in brewing approachable beer.

LSB: Tell us about the neighborhood we’re in. What makes the South Side important to you?

FL: We’re here to take part in the revitalization of the neighborhood. Back in the 1920’s, through about the 1960’s, the Motor Row district was the place to be! There were showrooms, car dealerships and fix-it shops, not to mention the incredible musical legacy with Chess Records… We wanted to be a part of helping bring back that legacy. We wanted to be on the forefront — blaze a trail for restaurants, retail, and other small businesses. We want to be a destination, and also a large presence in the community. And now, five years after we started the project, we’re sitting here in this room enjoying the beer we brewed on site. It’s fun because I often get asked, “will the beer be brewed on site?” and now I can point through the window and say, “yeah, right in there.”

At the end of the day, we’re really excited to sell beer on the south side. There are so many breweries on the north side, and the south side deserves to have more craft beer. 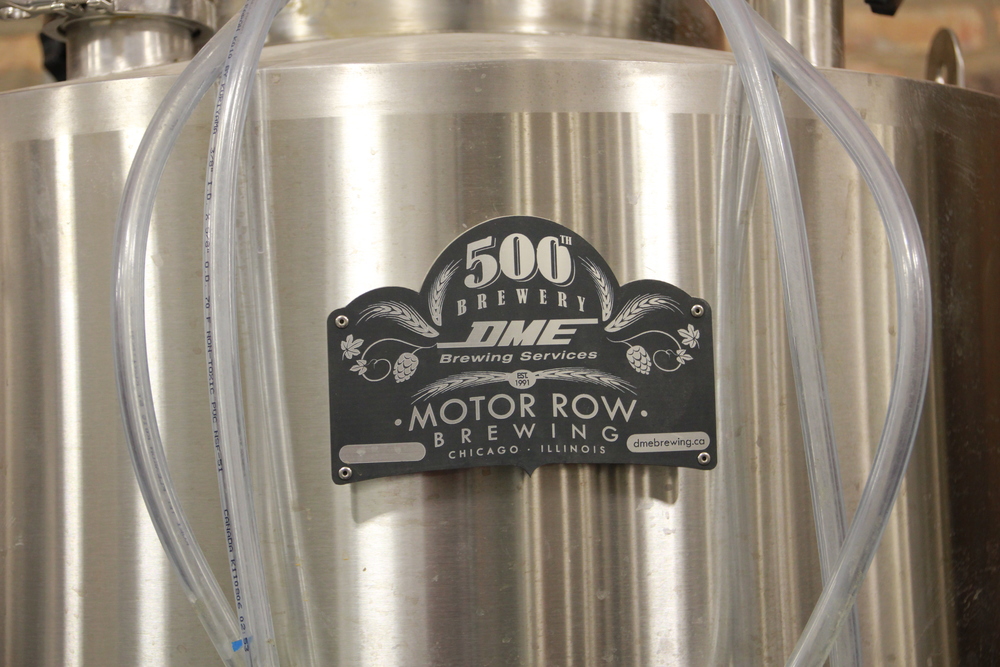 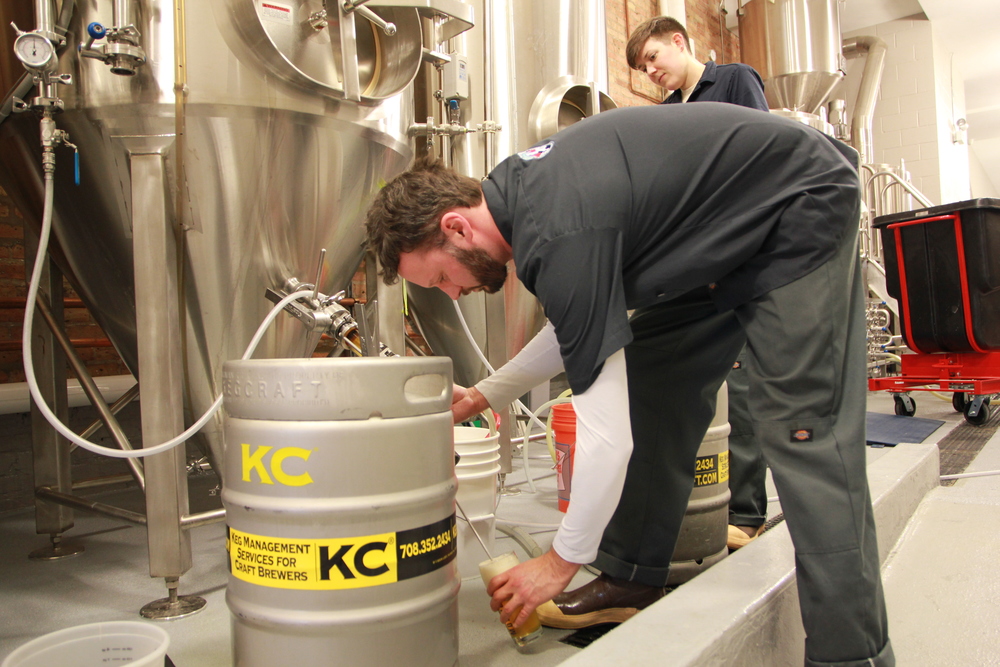 Matt: So this is something that has been on your mind for a long time?

FL: It really has. I’ve assembled a crack team of experts, Tracie Barthel (front of house), and Amanda Bates (brewer) and they’ve helped me build confidence in the business. We feel that we are poised to be a presence in the neighborhood. Every day I come down here, I look at all the big apartment buildings, I look at McCormick Place, I look at where the hotel is gonna be, I look at the new green line stop over at 22nd by Reggie’s, and I think about possibilities. Every day when I come into the brewery my optimism grows. In terms of what will be, what can be. A revitalization of a great place with great history and great people. 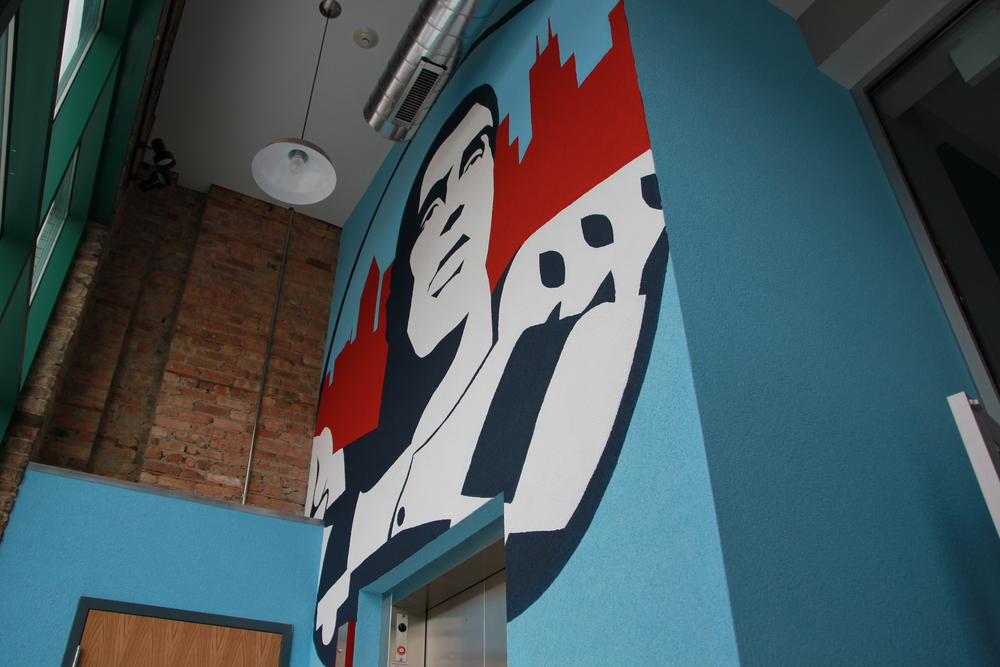 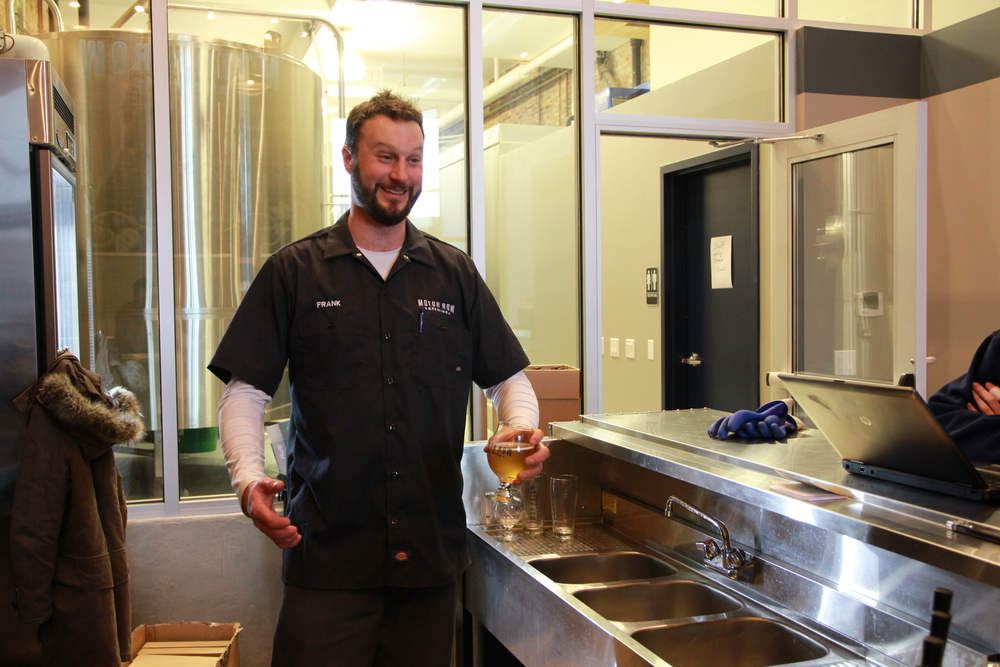 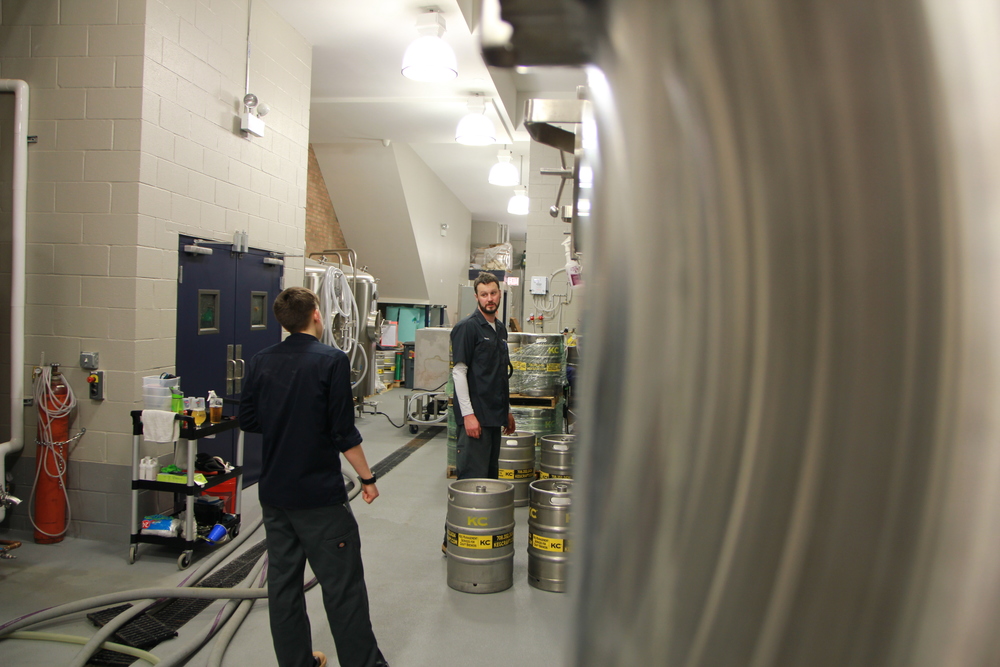 LSB: Let’s get to the beers themselves. You’ve mentioned that you want to be on the forefront of this movement back towards approachable beers, what does that look like?

FL: I was fortunate enough to study abroad in Belgium and what I found there were beers that were under 6% that were extremely delicious. I wanted to reflect that European tradition and put an American twist on it.

If you go to Europe you see people drinking before noon, so we decided that we wanted to be the type of brewery that would be responsible, and that you could sit down with your friends and spend some time. As opposed to 1 or 2 beers at 9, 10% and decide to call it a night. I’m not the only one that is making this leap towards lower alcohol content beers. There are a lot of great breweries around right now that see the writing on the wall. They’ve seen that people are looking for interesting, complex beers with a lower alcohol content.

LSB: Walk us through the beers that you’ll have at launch. 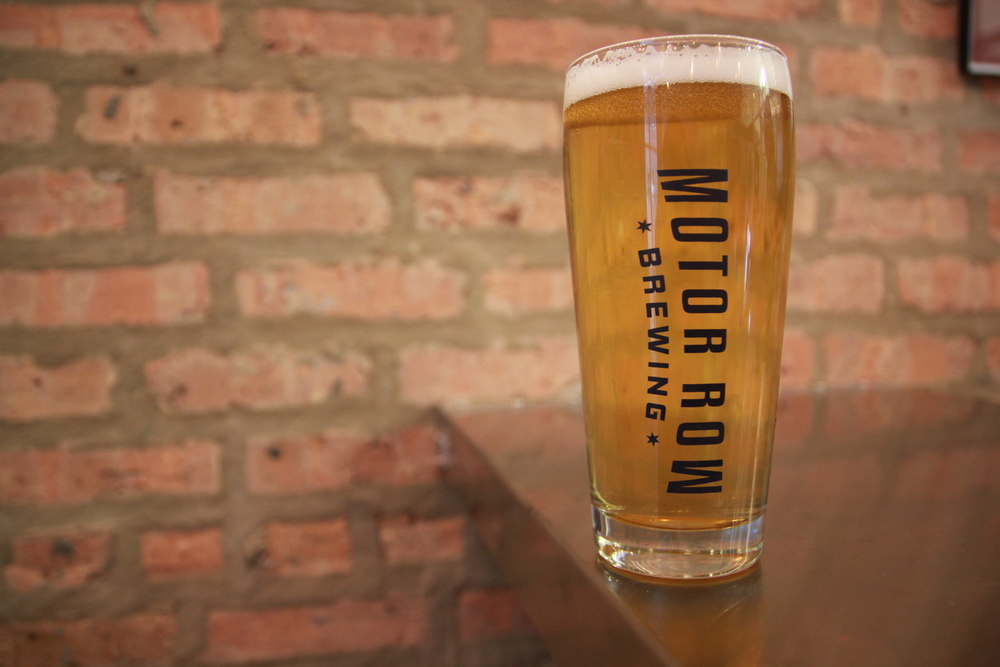 FL: Right out the gate, we are going to have our Reclamation Lager, which is inspired by a Munich-Style Helles. It’s brewed with American Lager yeast, so it gives us a bit of a unique twist on a very, very traditional style beer.

Out of the Loop IPL 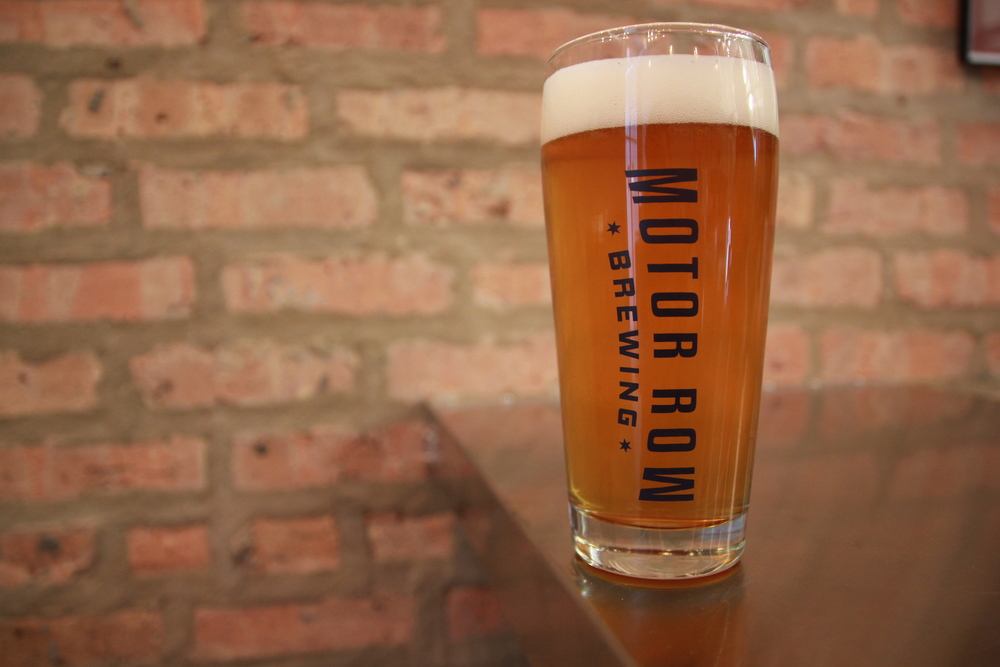 Then we have our Out of the Loop IPL, which is a Czech pilsner with the hops dialed up, coming in at 6% ABV and between 45-50 IBUs. It’s brewed with both American and European hops. 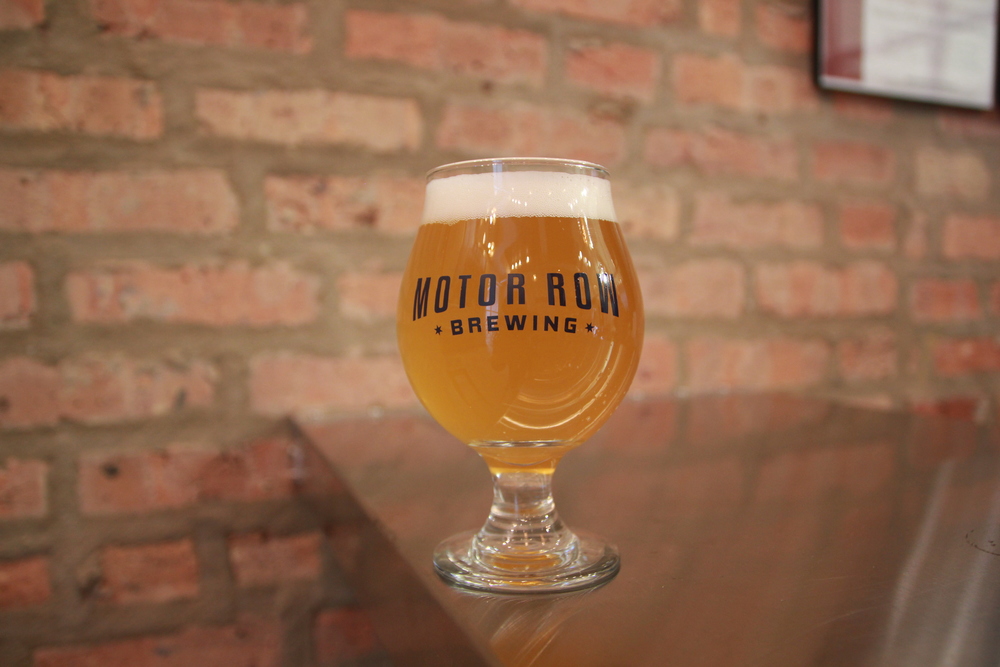 Our Mutligrain Zwickle will be a rotating multi-grain beer, in the sense that we will be using a variety of non-barley grains. It’s a non-filtered beer that uses rye, oats and wheat to make that lager unique with different ingredients that aren’t traditional to a European style brew.

Our Honey Belgian Blonde Ale uses honey sourced from Benton Harbor, Michigan where the apiaries are set up around different flowers. The honey gives off a fantastic aroma and nuance specific to each individual flower. This initial release features a blueberry blossom honey, which you can definitely note in the aroma and flavor. People have actually asked, “how much blueberry do you use?” and what’s interesting is, it comes from the bee’s ass. They set up the apiaries so that the bees will pollenate a specific flower, and it translates to the honey. So I have access to blueberry blossom, cherry blossom, and other honey flowers which will affect the flavors in the beer. 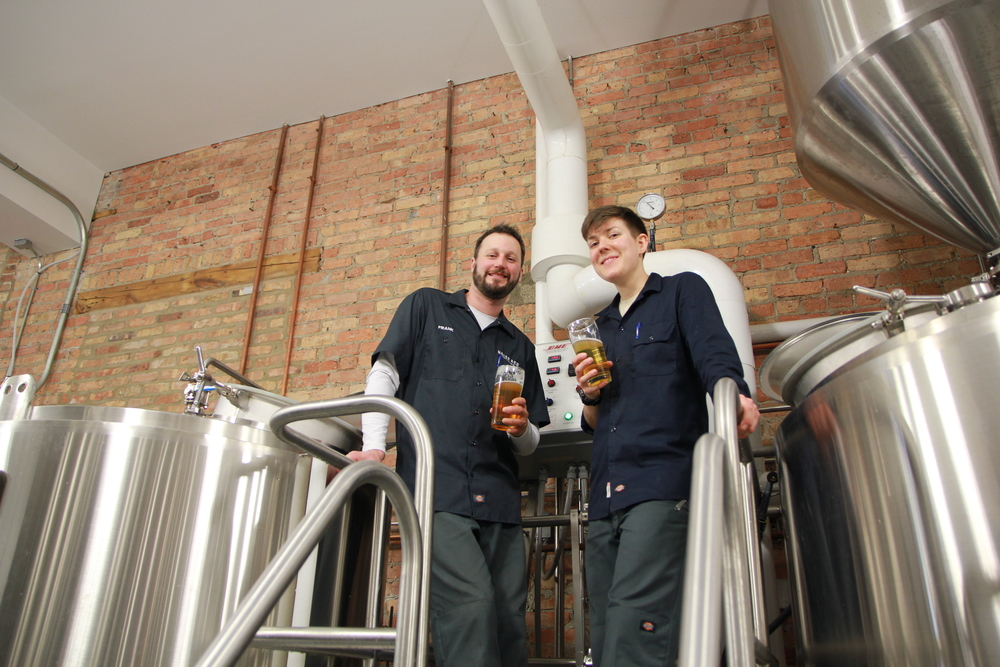 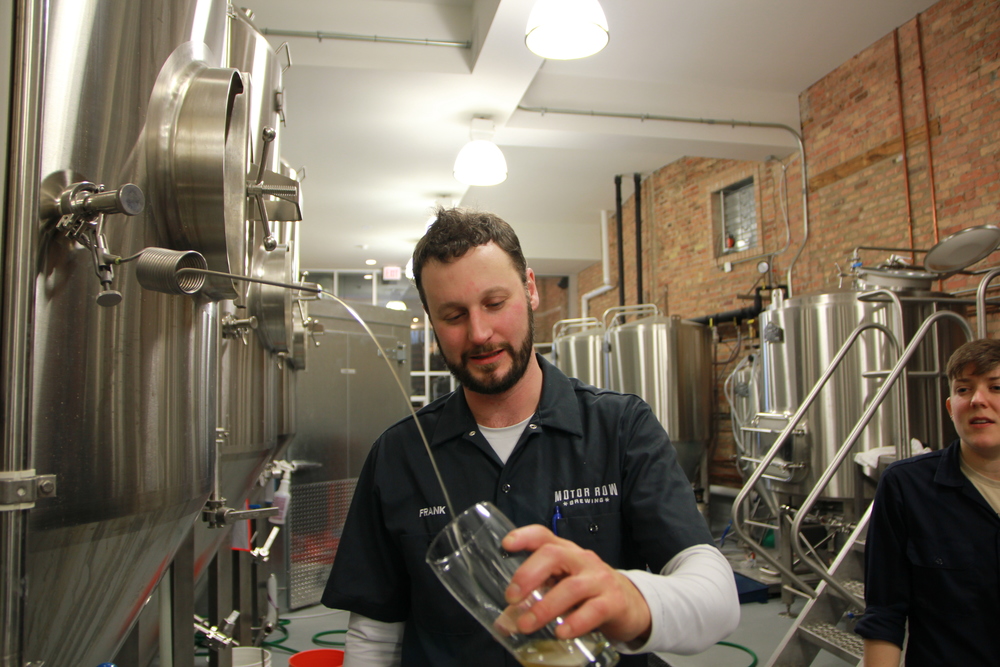 LSB: Any special releases or rotating beers we can expect?

FL: We’re planning on making a Great American Pale Ale that runs at 5% ABV and because we’re good friends with the guys at Hop Head Farms, we’re going to do a bi-monthly rotation of the Pale Ale, each showcasing a new hop. Whether it be an American varietal, from the farm in Michigan, or a European, imported varietal, it’ll be a single-hopped pale ale. I think this is really what makes our beer unique: our recipes are relatively simple, so we are able to showcase a specific ingredient that we intend people to appreciate. 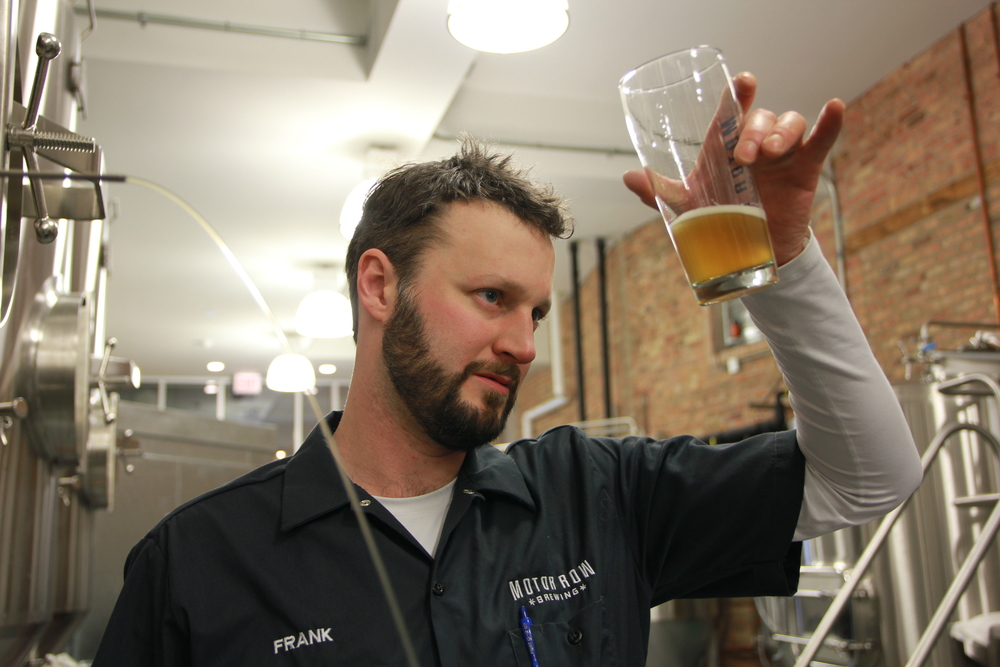 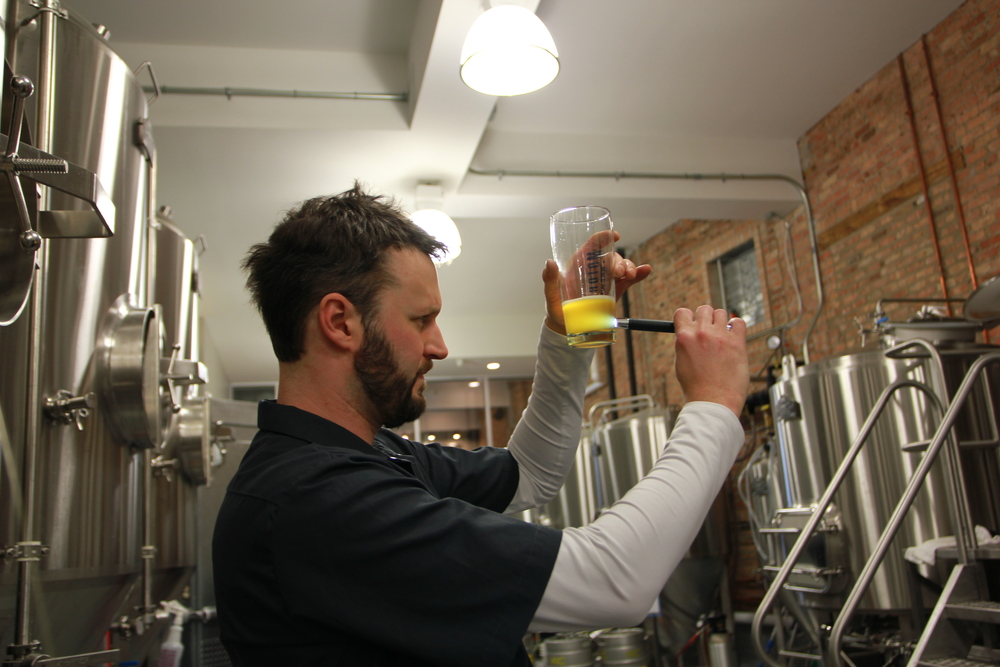 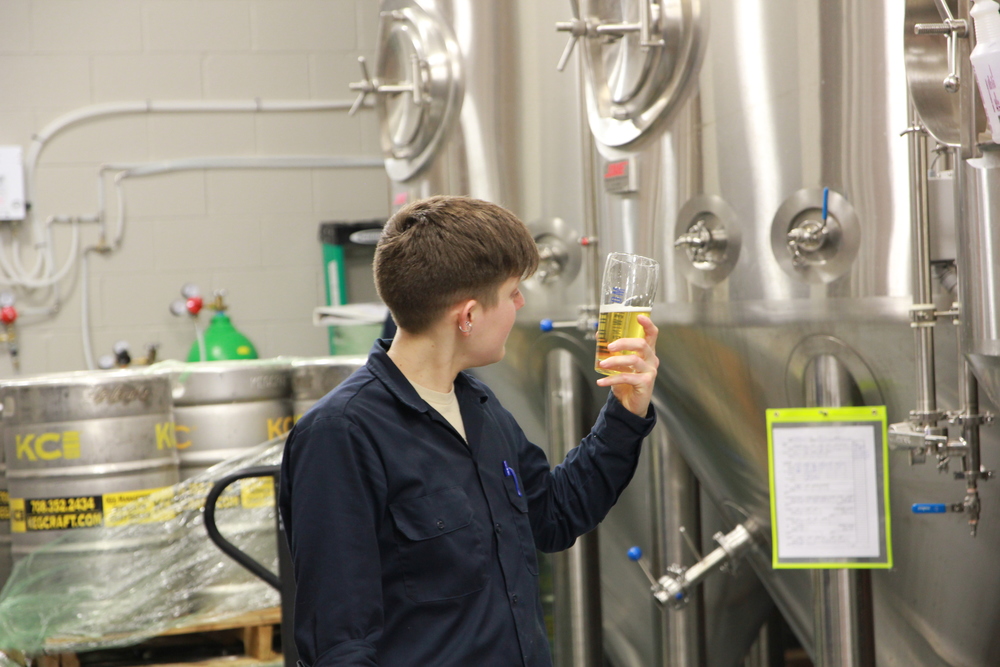 LSB: If someone were to walk in off of the street, what would you tell them to expect from Motor Row Brewing?

FL: I’d tell them to expect an industrial environment that’s true to the history of Motor Row. They can expect a clean, well-finished product and staff that are excited to work here. It’s a great place to work, we’re all very excited as a team. And I know people will be excited as well. 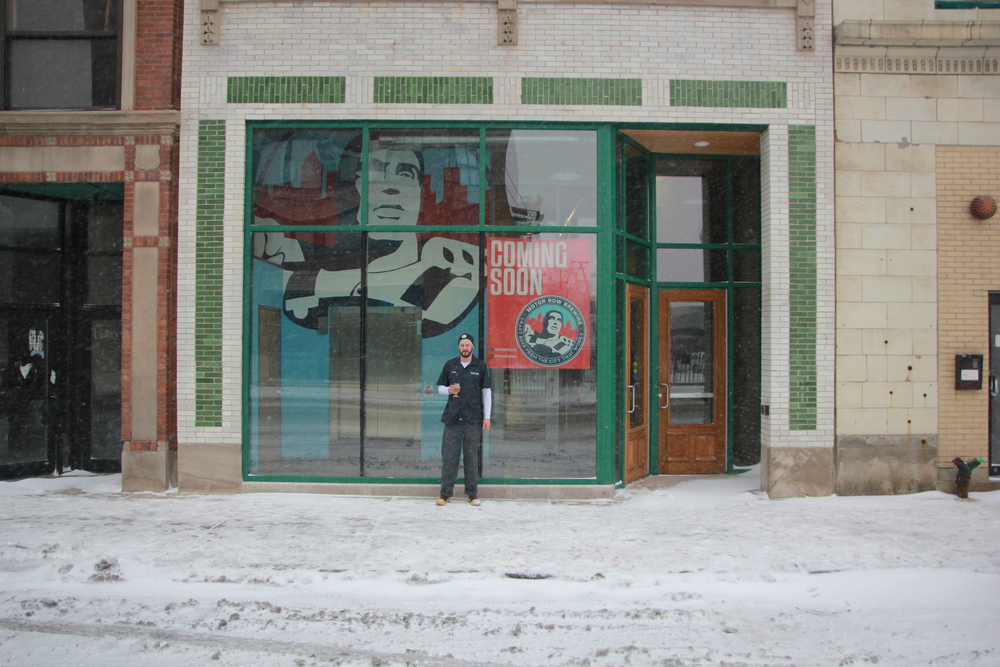 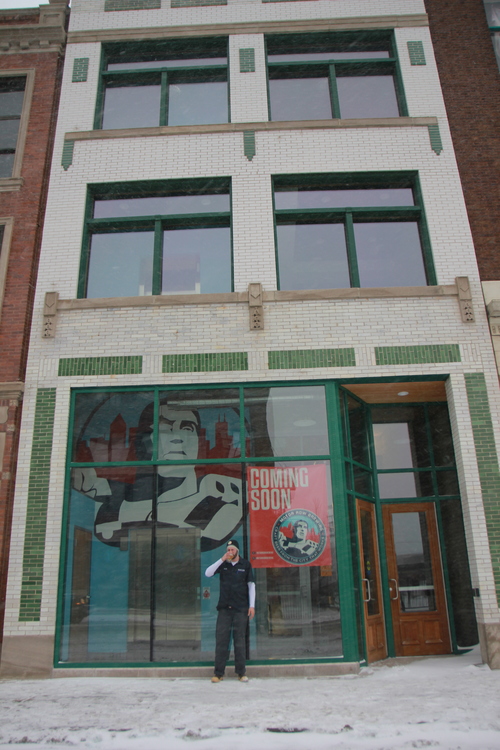 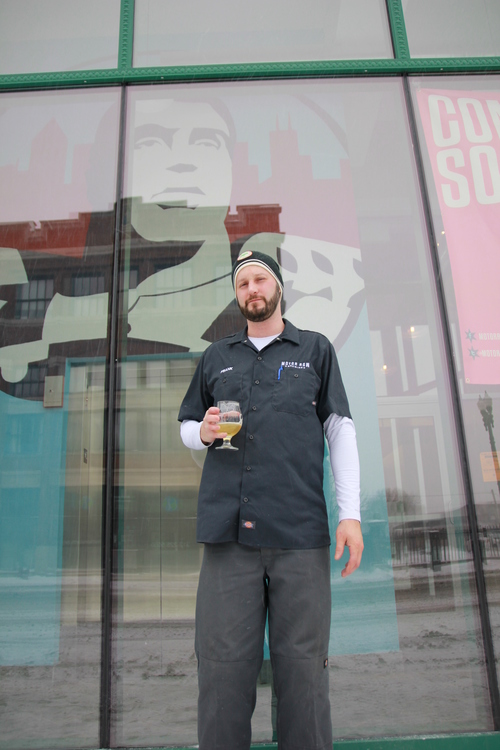