There are cakes, and then there are CAKES. The 12 Layer German Chocolate Cake at Moody Tongue is the latter. Made with layers of dark chocolate cake, German chocolate filling, raw espresso cheesecake, and chocolate buttercream, this eye-popping dessert is made for sharing. So to commemorate National Chocolate Cake Day (yes, that’s a real thing), we spent a day with Pastry Chef, Shannon Morrison, to see what goes into making one of her delectable treats. Watch the video below and make your plans to visit the Tasting Room soon.

“I met her on the first day of class actually,” recalls Rouben. “I was lost, trying to figure out where to go, and she helped me get to class.”

Quickly bonding over their mutual love for dessert and beer, Rouben and Morrison became friends and stayed close after their time at the CIA. 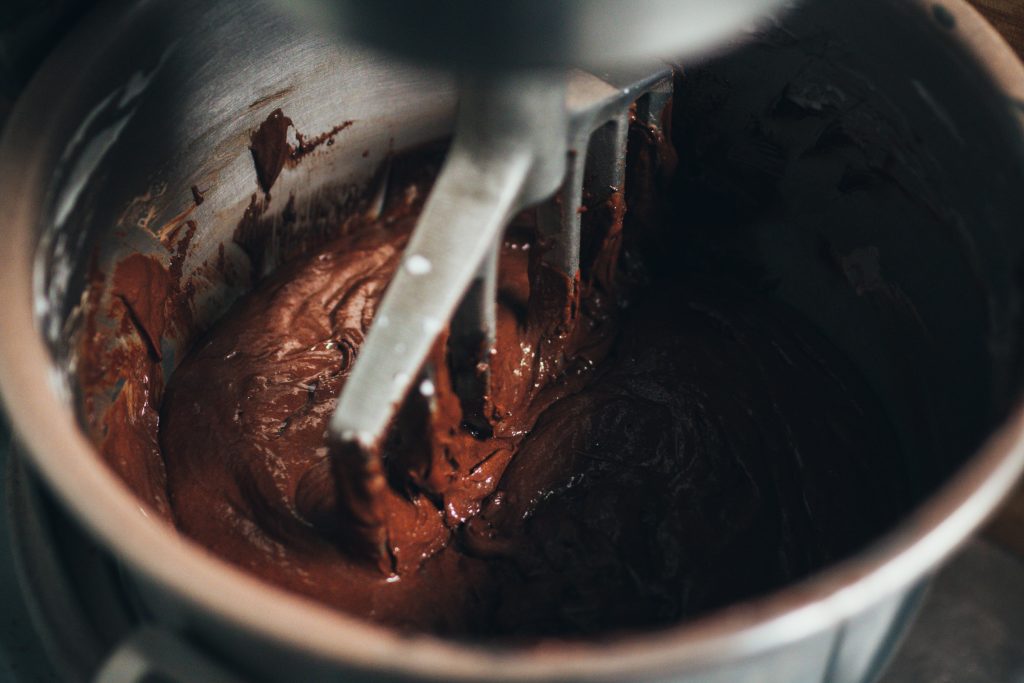 When Moody Tongue decided to open their Pilsen Tasting Room in 2016, Rouben knew just the person to make a standout menu item.

“Jared called me one day and asked if I had any interest in making a cake for the Tasting Room,” says Morrison. “I said of course and decided to go the chocolate route. His only requirement was that he wanted it big and he wanted it to be a head-turner. So I came up with this.” 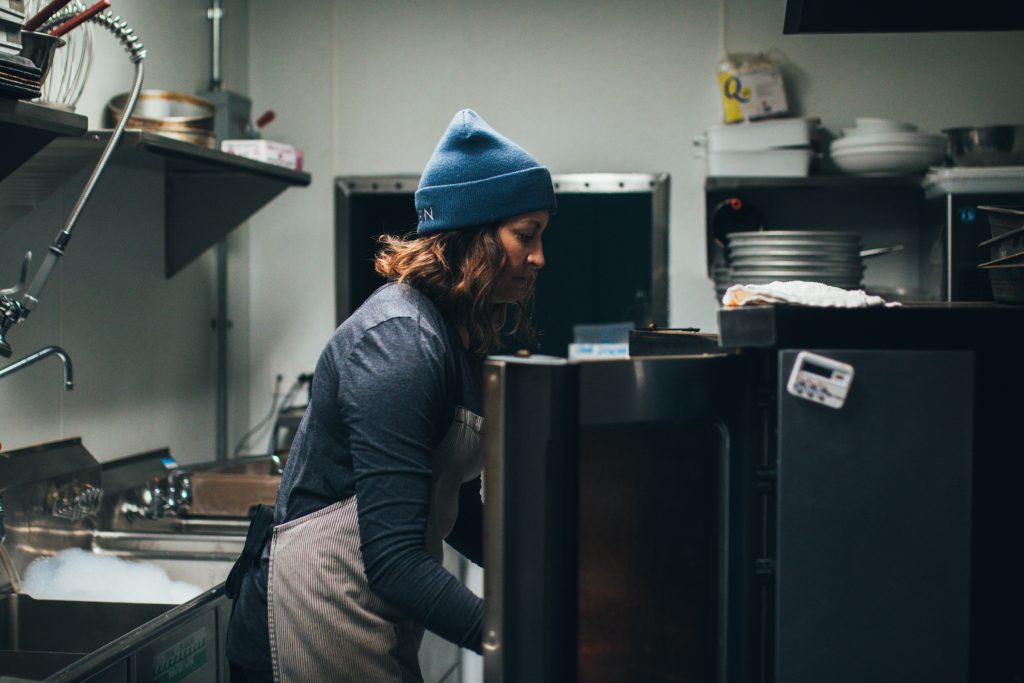 While the brewery swirls with the sounds and aromas of brewing, Morrison is tucked away in her kitchen a few days a week to keep up with demand for the cake. “It’s a two-day process because of baking, cooling, freezing, molding, unmolding, and then icing,” she says. “Things have to be at the right temperature for everything to work and not fall apart. So yeah, it takes a minute!” 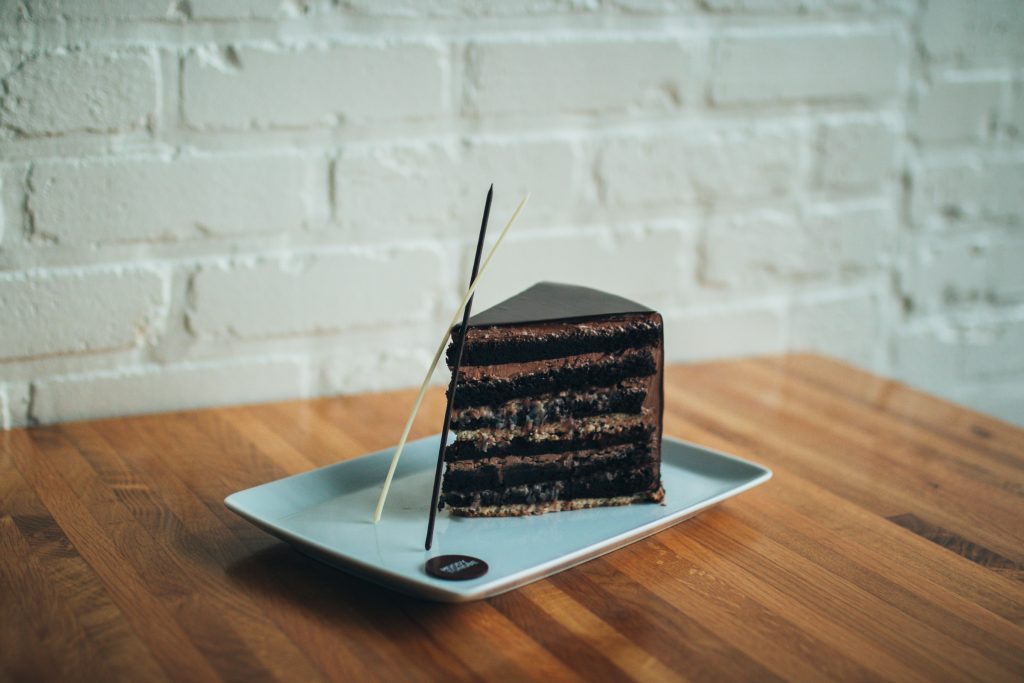 Along with baking, she also enjoys the perks that go with working at a brewery. “It’s kind of a dream because the brewers come in here and give me taste tests of beer and I get to give my input on what I like, what I don’t like, what I think they should try.”