An Ode To The Special Events Crew

We’re midway through the festival season here in Chicago and I’m willing to bet that you’ve already been to two or three. Whether they’re the small neighborhood fests or the larger City of Chicago-produced events, outdoor events are the lifeblood of Chicago culture. Walking around and eating food, listening to music, buying independent crafts and art, and just enjoying the fresh summer air – Chicago’s large and diverse neighborhoods celebrate their uniqueness by throwing large block parties that are open to all ages and provide endless amounts of fun for the entire family.

I feel like since we have so many of them, it becomes hard to understand and appreciate what goes on in the background to make the magic happen. It struck me while I was at Lakeview PrideFest last month with a friend.

The number of people there made it absolute chaos, but the stages, tents, restaurants, and booths were specifically designed for someone to navigate the chaos at a pretty reasonable level. On a beer level, PrideFest goes through a lot of beer. The workers are hustling at beer tents, running back and forth to make sure the experience is an enjoyable one for festival goers.

We see that much when we go to the beer tent, but what about behind the tent? Parked a block away is a giant Lakeshore Beverage truck. The LSB special events crew is unloading pallets of beverages, and running them to each of the tents across the festival. There’s no time to rest and they have to rely on each other to make sure their beer trips run as smoothly as possible.

And they repeat the process day after day. A lot of the special events crew work several events a week. 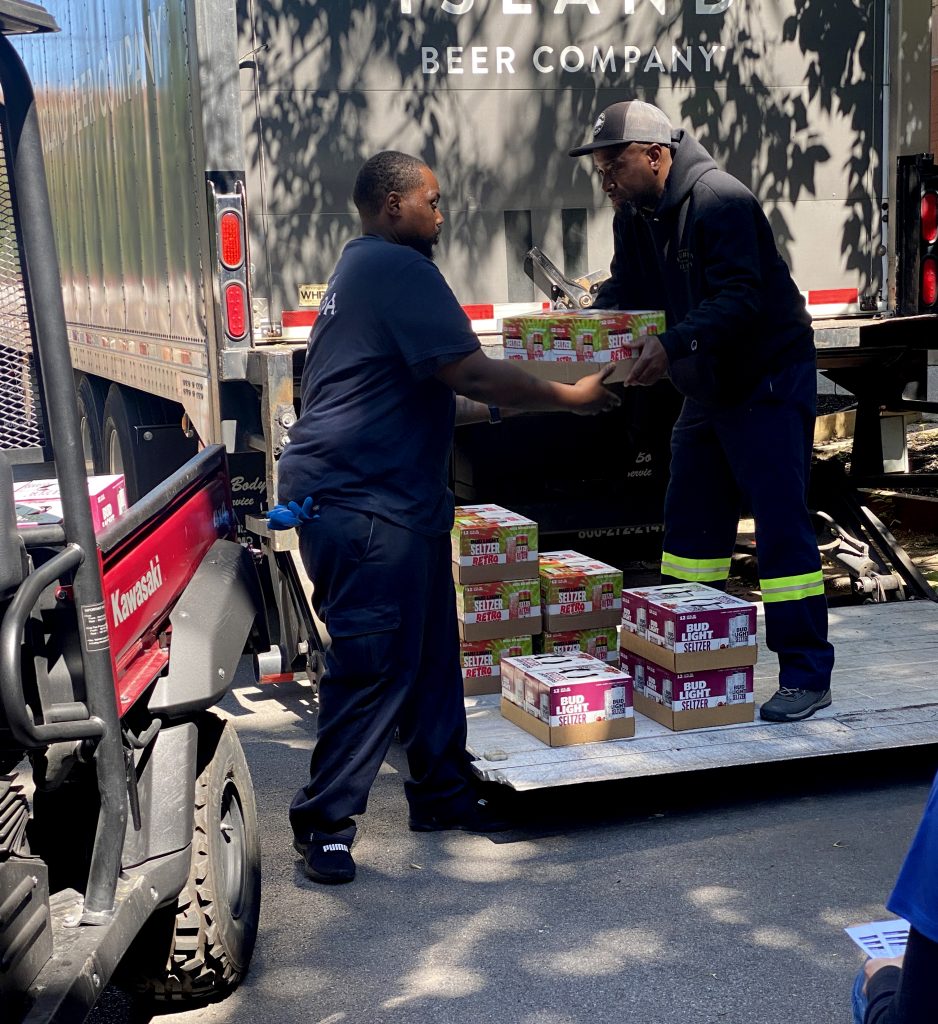 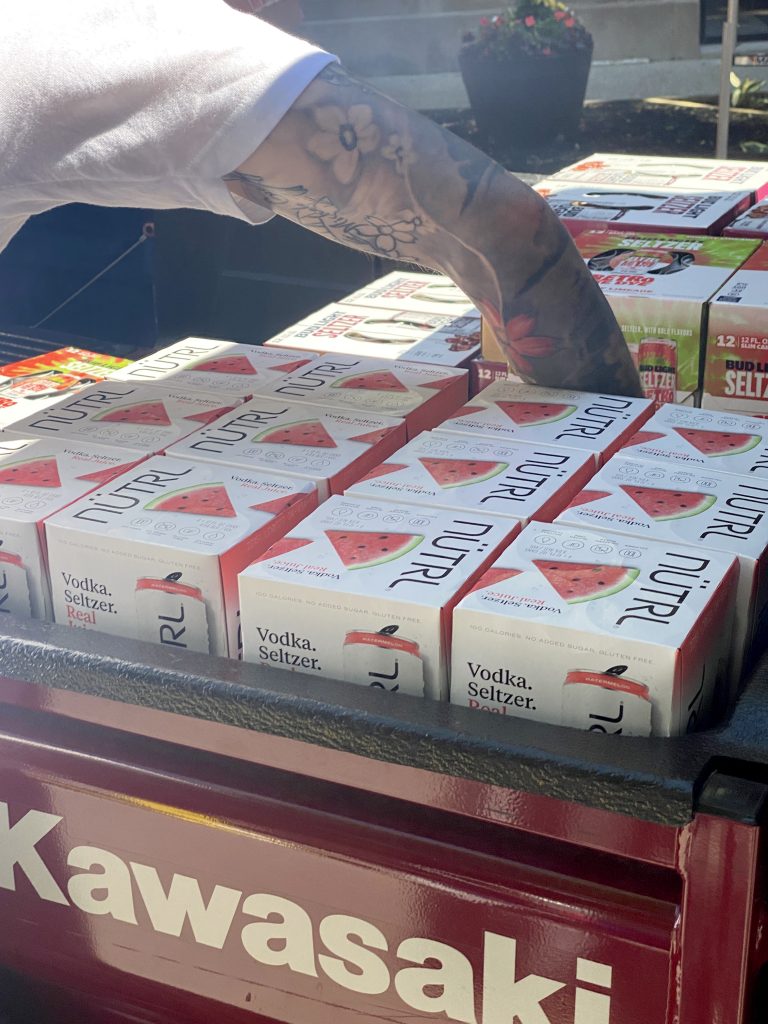 Special events workers loading cases onto a Mule vehicle to quick transport to the beverage stands. 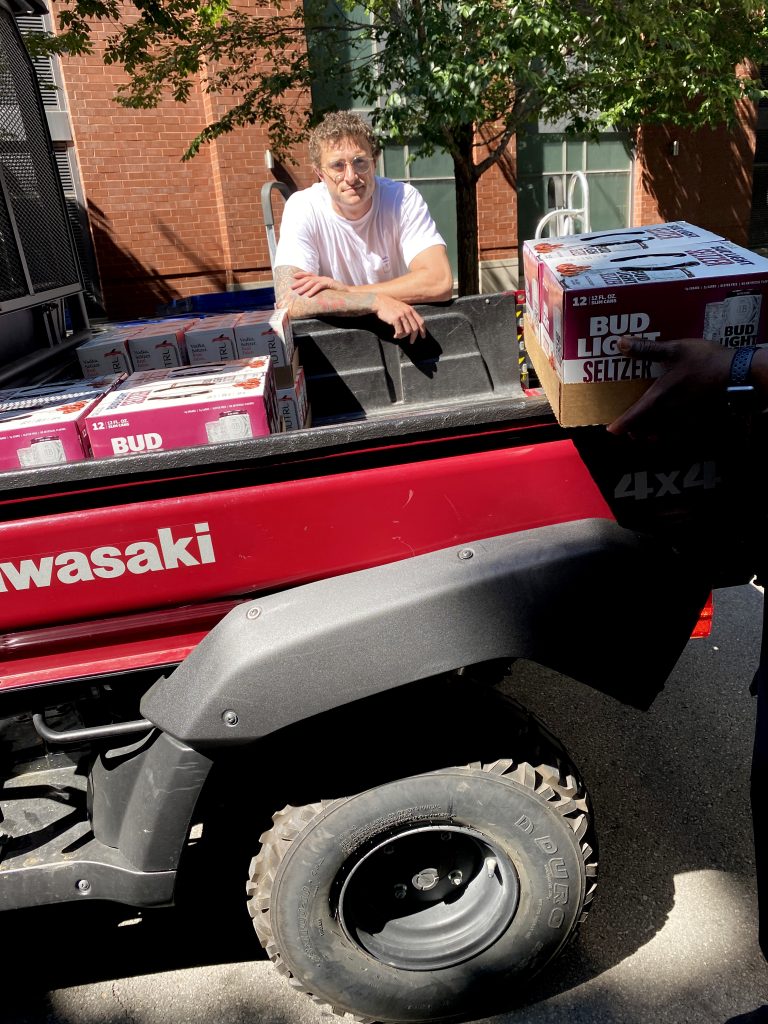 A special events worker standing in front of a Mule vehicle.

Back in the day, there were only a handful of events such as the Back of the Yards fair, and the city’s first self-held event, the Bud Bilikin Parade, which started in 1929. If you want, you can even go further back to see Chicago as the location for the 1893 World’s Fair. The city certainly has the structure and foundation for large-scale events like these.

Fast forward to now, there are almost 100 summer events in Chicago today. You can almost plan out your entire summer by going to a different festival every weekend.

So, what goes into setting up and managing these festivals from a beverage standpoint?

“We’re in and out hours before the actual event starts.” Says Moshe Tegene, a Lakeshore Beverage Special Events worker. They load up the trucks and equipment way before anything else happens. For later in the afternoon events, this can be around 9-10 in the morning, or for something that starts earlier in the day like PrideFest, as early as 5 in the morning.

Even so, as ninja-esque as their work is, a lot of their job is reactionary and dependent on others. 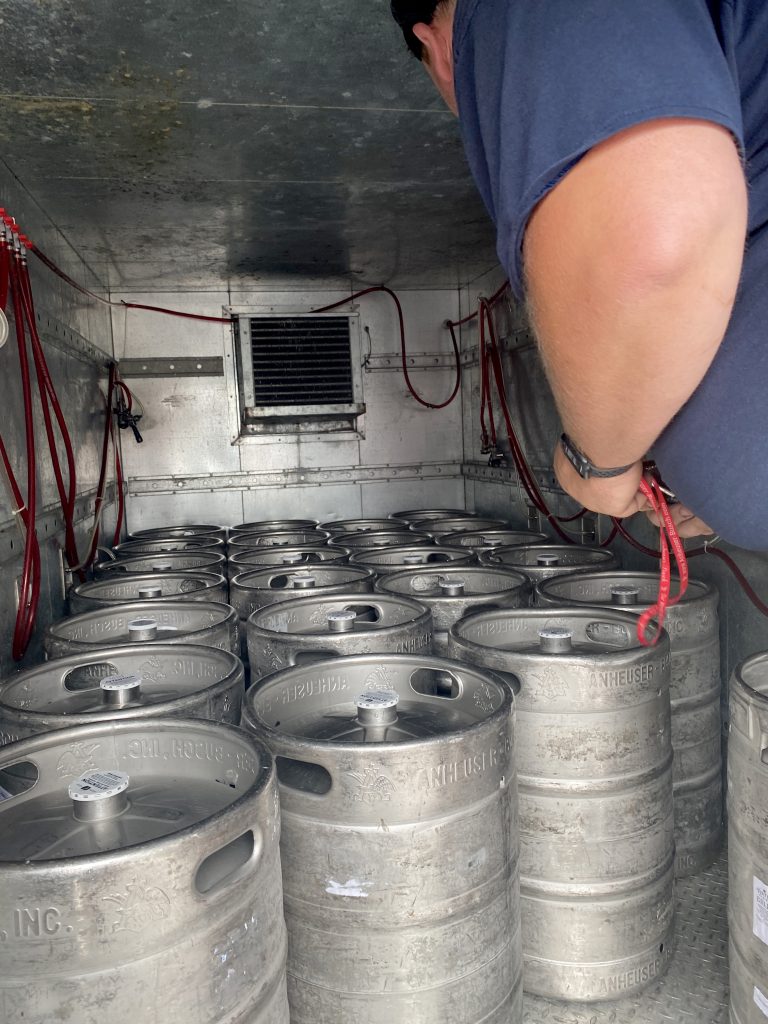 A special events worker surveying the kegs inside of a draught truck. 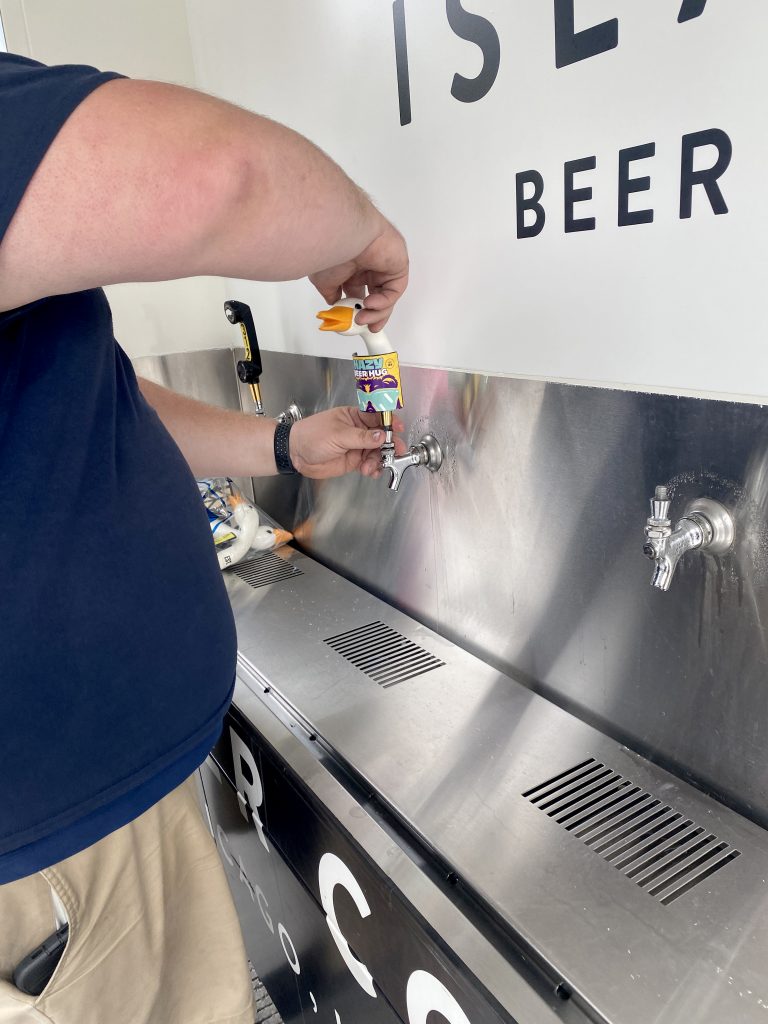 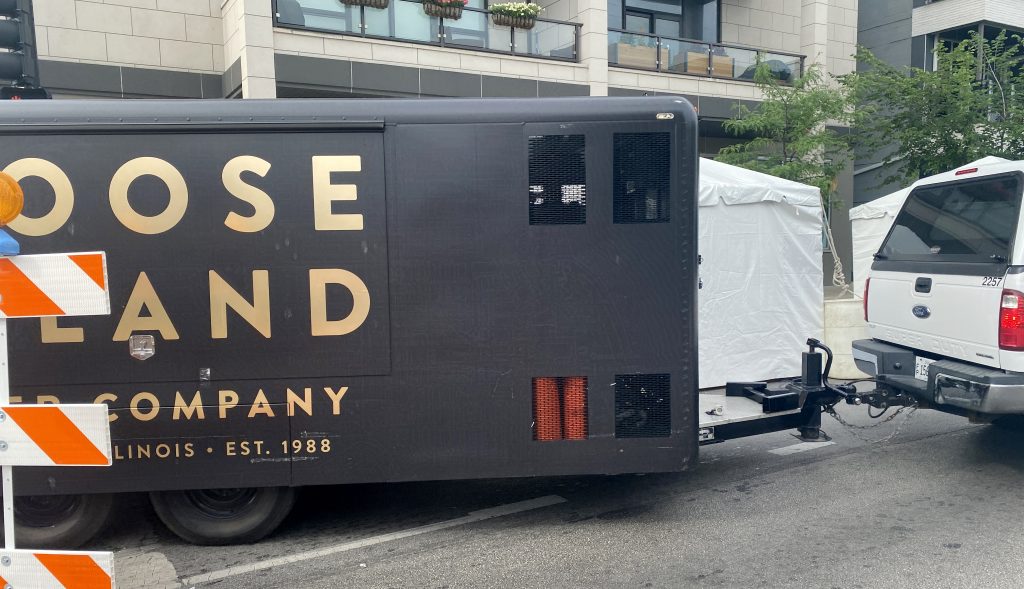 A Goose Island trailer hitched to a truck.

“Most of our job is reacting and responding.”

I stopped by to check out the Special Events crew setting up for WestFest a few weeks back and watched them in action. First off, their job (nor anyone else’s) can’t even begin without the proper roadblocks put in place. The immediate issue when I got there was that they were having trouble setting up the blocks and removing local traffic from the area.

The trucks were already parked on adjacent side streets, but another issue was the placement of the generator. They were running a bit behind schedule because without the generator placement, they didn’t know where to place the Goose Island draught trucks, which ran on electric power.

The special events group wasn’t phased though. They were used to things going awry. A big part of the job is learning how to adapt and change on the fly. After the placement, they work with the festival’s planners to mark and place where their draught vans are going to be. Setup also includes running between warehouses to make sure there are ample amounts of beer for the event, they have the correct serving equipment, working with planners to ensure city compliance, and triple-checking equipment.

After everything is thoroughly checked, they head back towards the truck and make sure the supply of beer between the truck and the serving area remains ample and smooth.
So the final result? That’s you enjoying a nice cold beer at the festival along with some food and music. Are there hiccups at times? For sure. A barrel might go bad, or in some cases might get damaged. It’s the special events team’s job to make sure they replace the bad with the good as quickly and efficiently as possible.

As I was leaving the setup for WestFest, Moshe and another special events team member were already drawing straws as to who was going to take a look at what was going on with the Taste of Chicago, one of, if not the biggest volume events of the year. The summer is pretty much the special event team’s big game – with arguably the biggest event of the year, Lollapalooza right around the corner. (We have an entire video breakdown process of setting up for a large event like Lolla right here)

Even after the rush, the special events team stays busy. After the summer months, the team switches to indoor venues. The grind never stops for these folks. And for them – they wouldn’t have it any other way.

So, next time you’re at a festival, fair, or any kind of special event, and you’re drinking a beer? Just know the many steps it took to get to your cup. Next time you see a special events worker running some beer to a booth, raise a Bud to them. They’re certainly unsung heroes in making things happen.

Who knows? Maybe the beer fairies will bless you with an extra cold beer next tap.