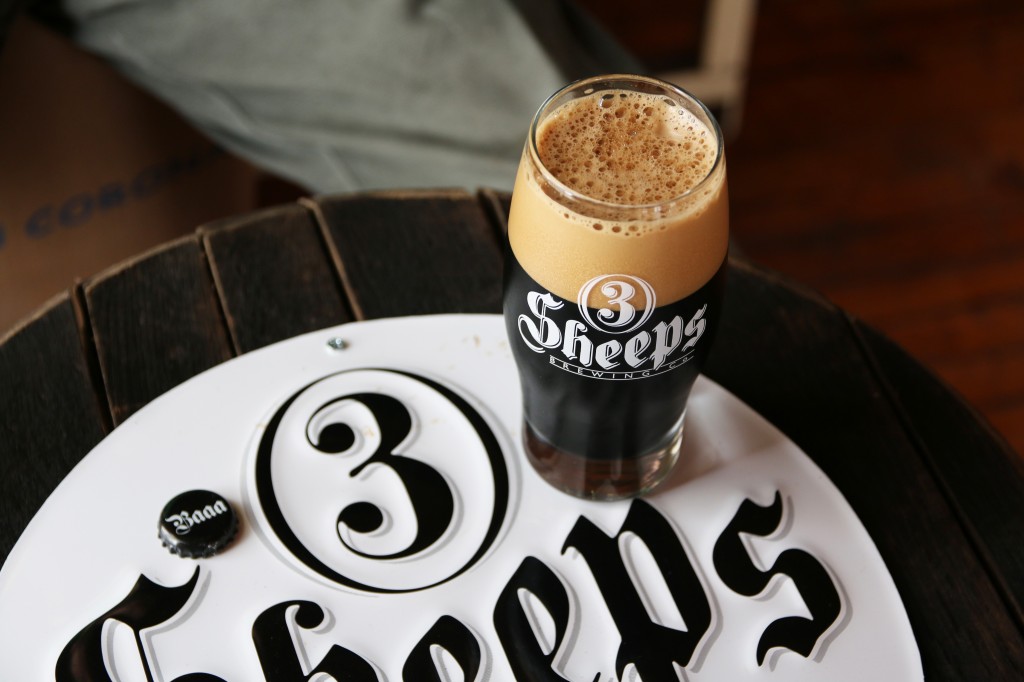 Walking into the grain room at 3 Sheeps Brewing Co. is, like with most things at Grant Pauly’s Wisconsin brewery, slightly out of the ordinary.

“We’re on the third floor, which is unusual for a grain room because of the weight but this building is an old sock factory and they used to keep the equipment up here,” Grant explains, “The floor boards are about 10 inches thick.”

The brewery has a proclivity for producing creative beers that they call “one off of normal.” We prefer to call them “excruciatingly researched.” Like all brewers, Grant and his team employ a mixture of art and science when approaching a beer — but they have a tendency to take things a step further with the science part. There are few beers more illustrative of this concept than 3 Sheeps’ newest launch, a 12 ounce bottle version of the previously draft-only Cashmere Hammer. Why is this such exciting news? It’s because of what’s inside, sure, but it’s also because of HOW the brewery got what’s inside… inside. 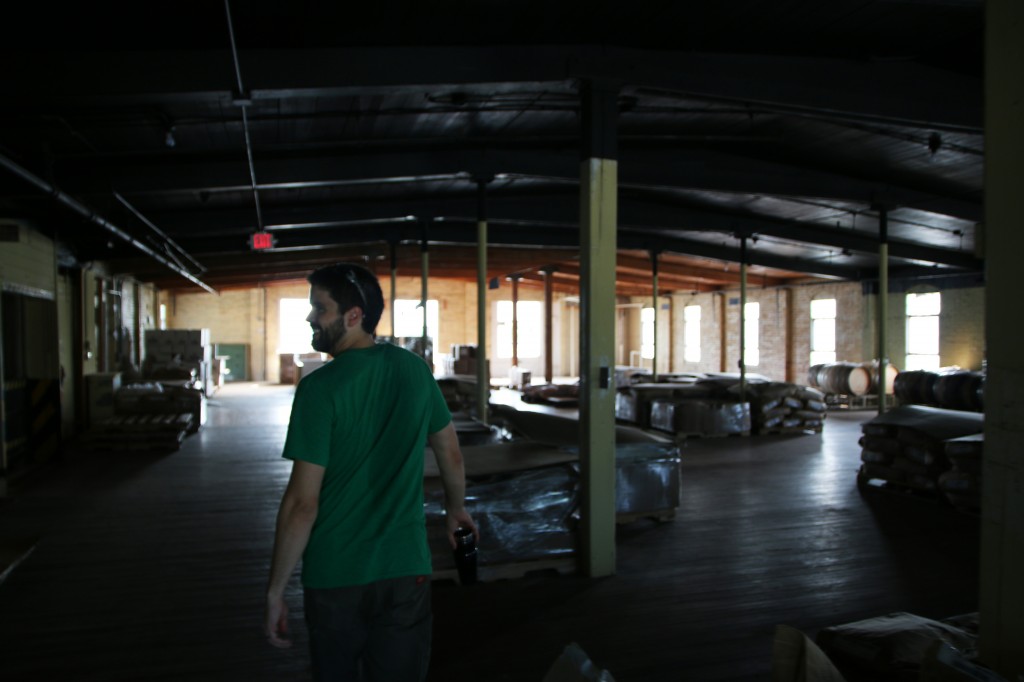 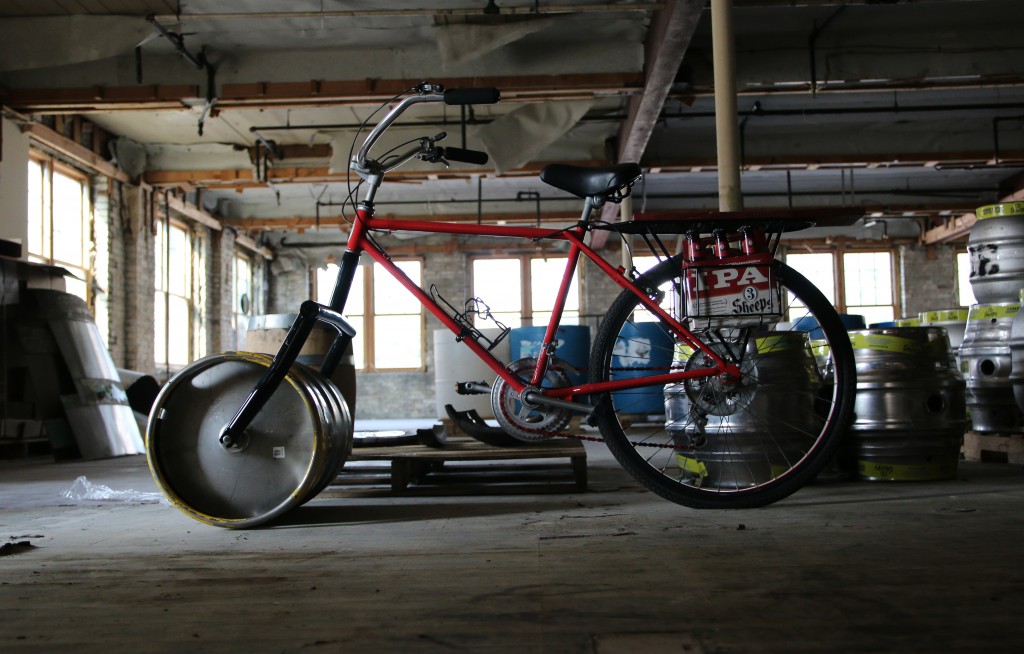 Cashmere Hammer is a nitrogenated beer. This means that instead of carbonating with CO2 as is typically done, the brewery carbonates with nitrogen. This famously difficult gas can’t just be added to a bottle — it requires a very specific type of packaging equipment that can’t be purchased, but must be designed and built by the brewery itself. It’s because of this that there are only a small handful of breweries in the country that can do it at all. Grant and his team spent over a year in R&D trying to figure out how and now 3 Sheeps Brewing is one of them.

We sat down with Grant Pauly to learn more. 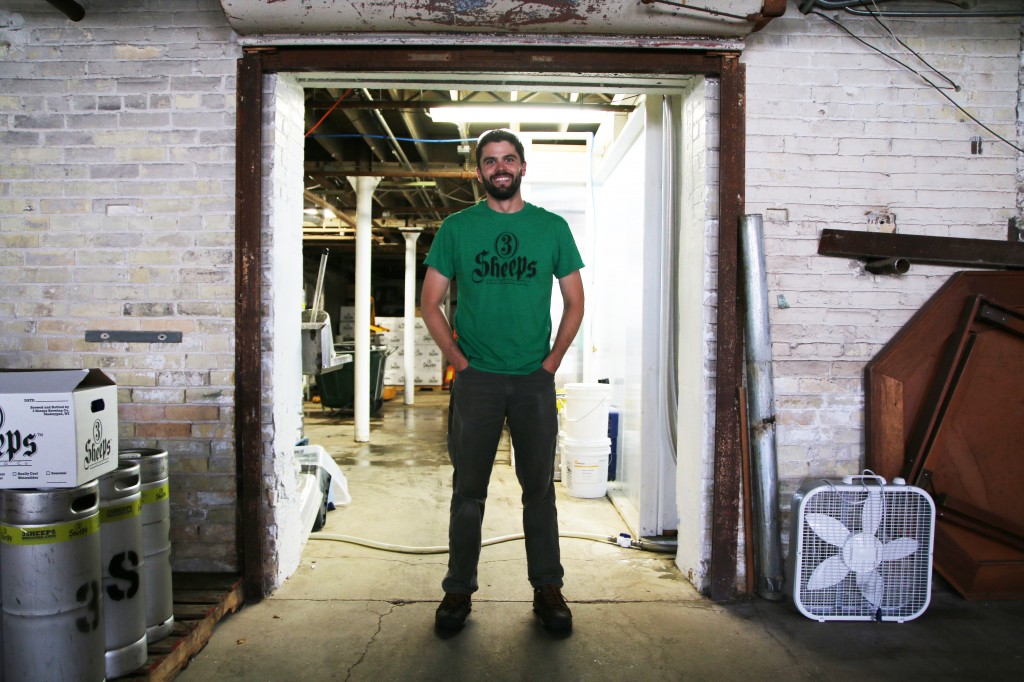 Lakeshore Beverage: What are we drinking today?

Grant Pauly: This is Cashmere Hammer, our Rye Stout on nitro. 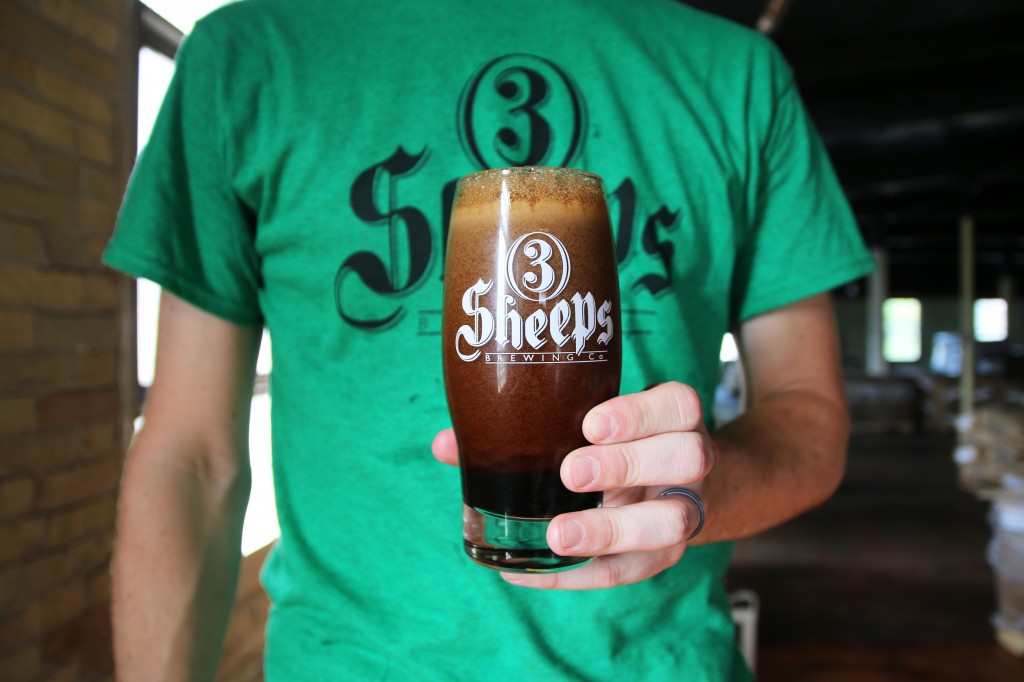 Lakeshore Beverage: What does it mean for a beer to be “on nitro?”

Grant Pauly: Most beers are carbonated with CO2. Nitro beers are carbonated with a small amount of CO2 but the main gas going into it is nitrogen.  It’s a really interesting and difficult gas because it doesn’t like to go into solution. Nitro beers are fantastic but they can sometimes lack flavor because it’s such a creamy mouthfeel that it dulls some characteristics in the beer. When we approached Cashmere Hammer, we started with the nitrogen bubble and then built the entire beer around that.

“When we approached Cashmere Hammer, we started with the nitrogen bubble and then built the entire beer around that.”

I knew that because it was so creamy we could pack a whole lot of flavor in – if you look at the malt bill this thing is about 11% rye malt which is pretty much through the roof. When this beer is flat, it’s really too spicy, but once you add that nitro creaminess to it, it rounds it out. It still has that nice rye punch along with the chocolate and roast and everything you’d expect in a stout but with a milkshake-like dimension to it. 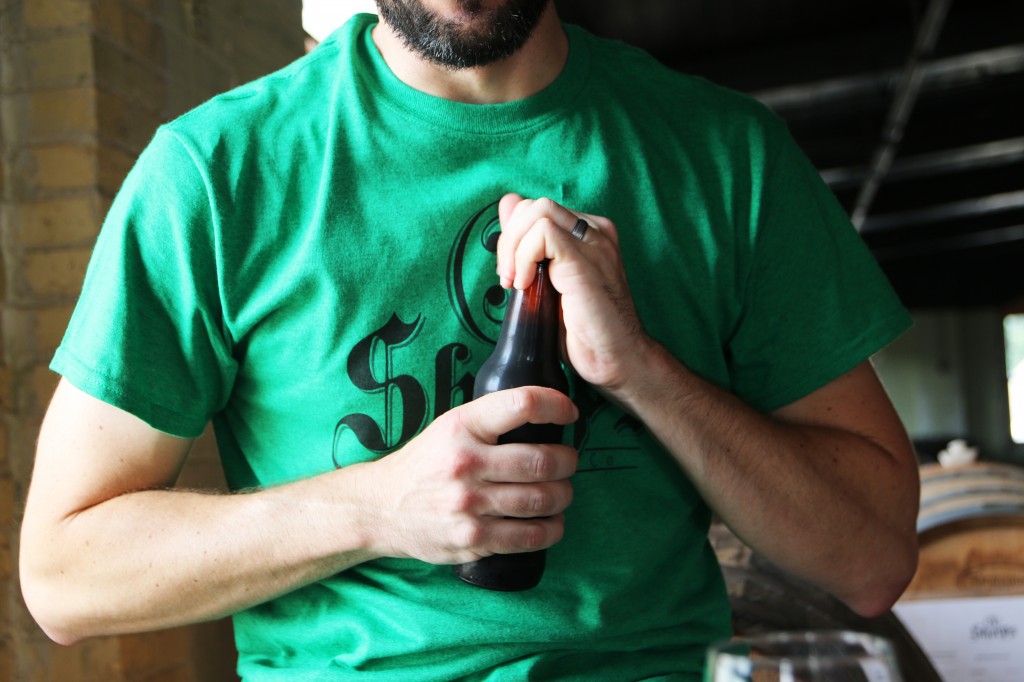 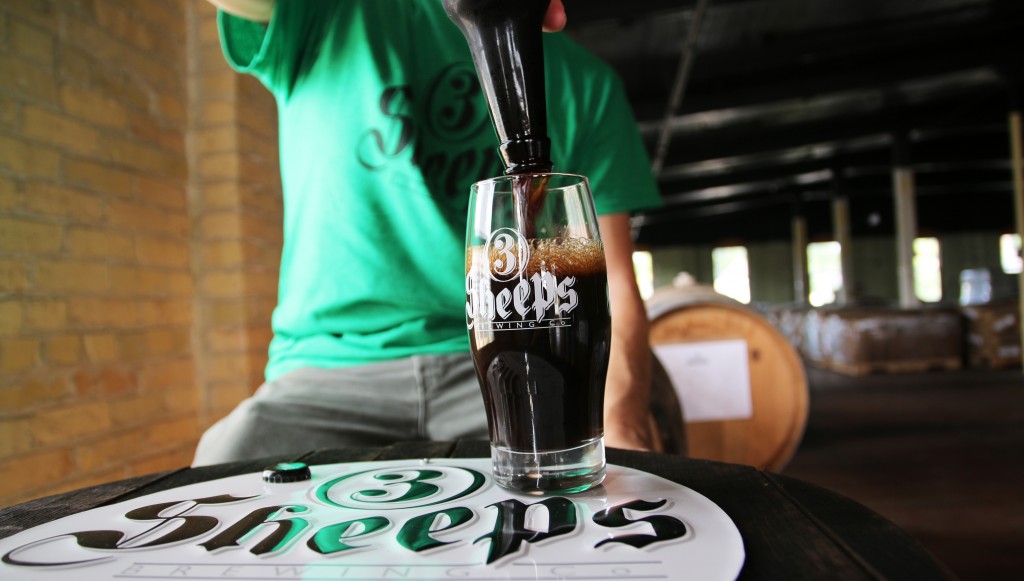 Lakeshore Beverage: What does nitro change in the beer?

You have these really creamy textures that aren’t usually present in beer… so it takes whatever you have beneath it, whether it be a stout or an IPA and adds this velvety smoothness to round out the entire beer. It melds the flavors together more than CO2 does. So if you have a sharp bitter, mango-y IPA and you put it on nitrogen, all of the sudden it’s going to be this really sweet, well-rounded character but you still get the characteristics that were there before.

Lakeshore Beverage: And why is that?

Grant Pauly: Because of science. It’s a change in how it flows past your tongue.  It’s like the Three Stooges effect — when you get each element on its own, they’re really sharp or bitter, but when you put them all together they knock each other out and you get them all blended. I hope you appreciate my Simpsons reference.

Lakeshore Beverage: Is that a real thing or did you just make that up? 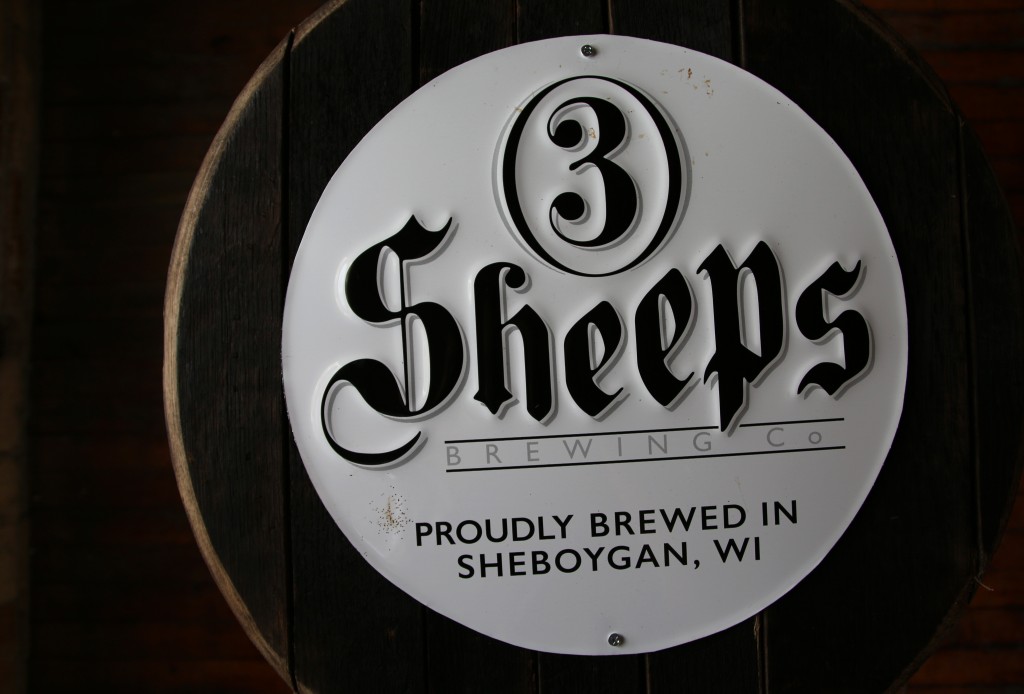 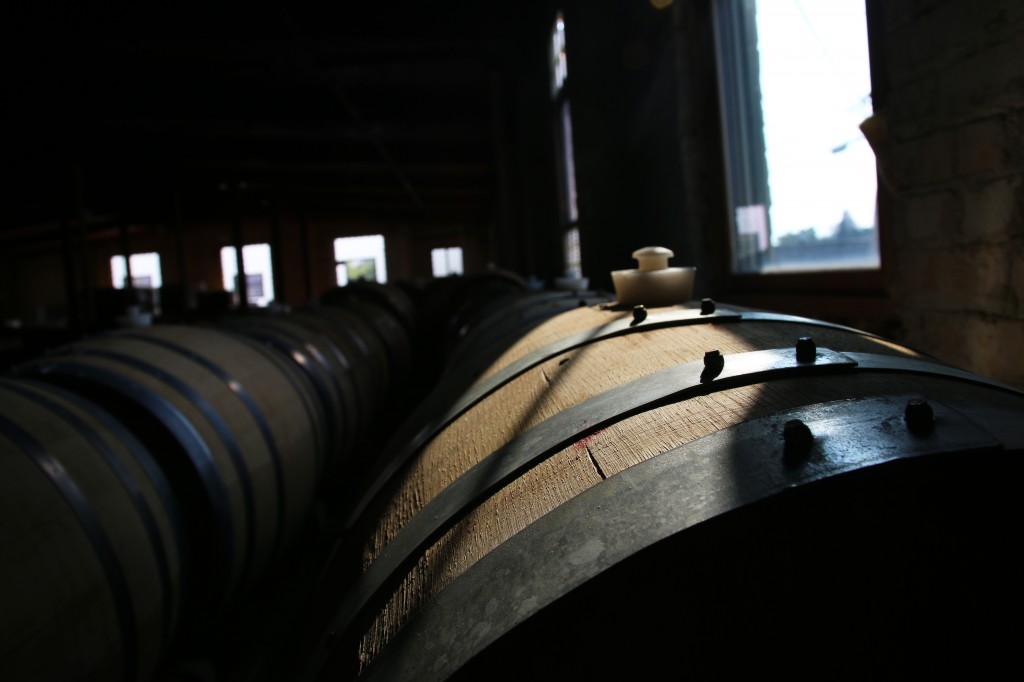 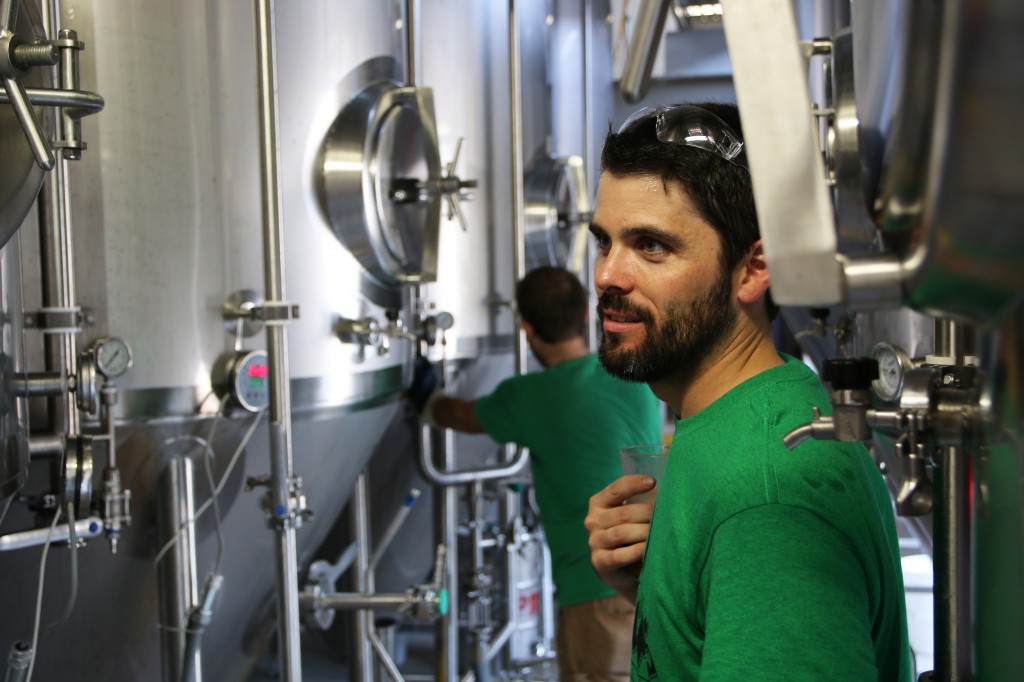 Lakeshore Beverage: Why is it that more breweries don’t produce nitro beers?

Grant Pauly: There are a few reasons. For one, most bars will only have one or two nitro tap handles. With nitrogen, you need to have a special tap handle. Nitrogen doesn’t like to come out as solution, so if you poured it out of a regular faucet, it would just sit in the beer and you wouldn’t get that nice creamy texture. In a nitro faucet there are small porous holes that the beer is forced through at a high pressure so it has no choice but to come out as solution. The gas leaves the liquid and that’s what gives you the sensation of creaminess.

Lakeshore Beverage: So that’s the draft side, what are the challenges about bottling a nitro beer?

Grant Pauly: On the bottling side, it becomes even more difficult. There are only two other breweries that I know of in the US that are doing a nitro bottle… It’s taken us about a year and half of R&D to perfect.

“There are only two other breweries that I know of in the US that are doing a nitro bottle… It’s taken us about a year and half of R&D to perfect.” 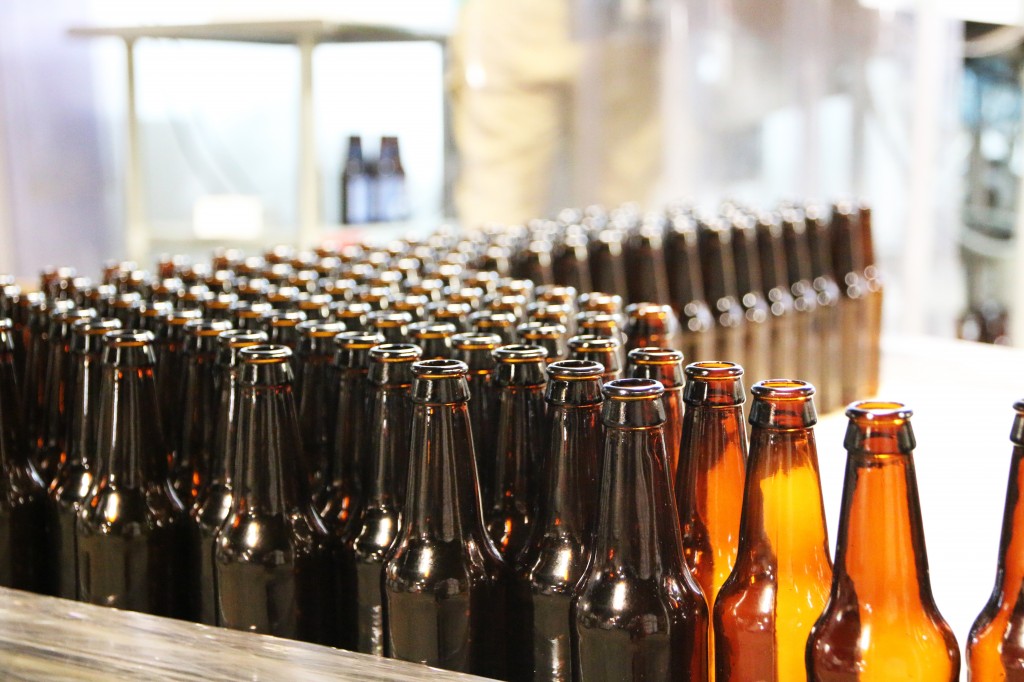 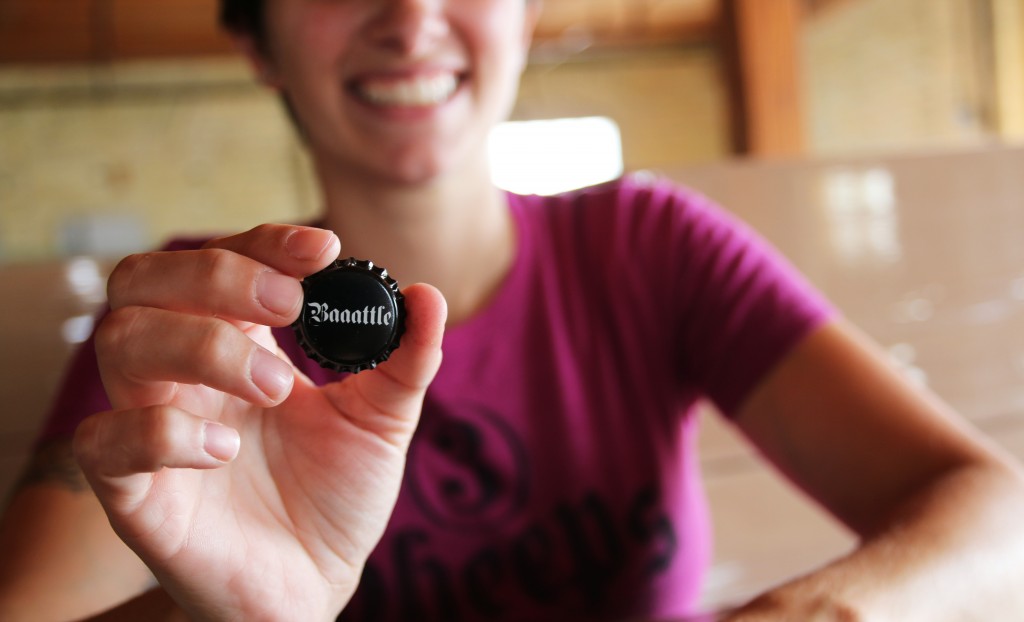 Lakeshore Beverage: What has that year and half of research looked like?

Grant Pauly: We’ve been learning about the nitrogen bubble – learning about its properties, how it reacts to different environments, and then retrofitting our bottling line to make sure it can handle the added pressure. You can’t just go to a bottling line manufacturer and say, “I would like a bottling line for nitro, please” because they don’t exist. There just aren’t enough breweries who need it.  It’s really a matter of an individual brewery retrofitting their own lines. We’re all at the forefront of this technology so we’re all having to figure it out ourselves. We’ve had to build new parts of our bottling line to make sure the nitrogen gets into solution and then stays there.

Lakeshore Beverage: Because of the carbonation differences, how does someone pour this at home? 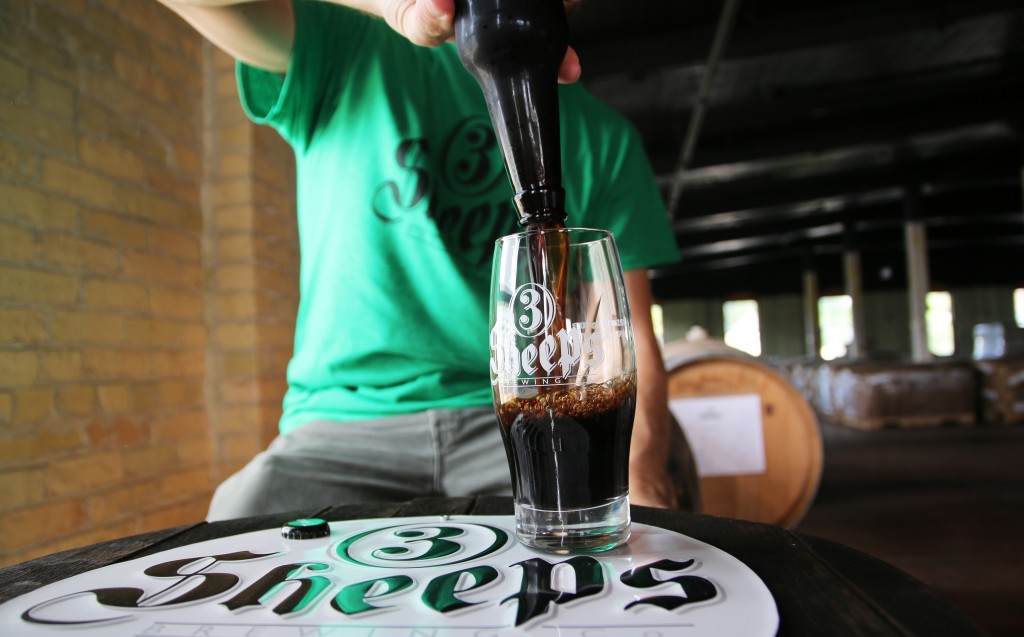 Lakeshore Beverage: Give us your tasting notes for Cashmere Hammer. What’s going on inside this beer?

Grant Pauly: The two most dominant characteristics for me are the rye – you get that nice earthy spiciness to it, and chocolate. I get a lot of chocolate out of this beer which lends people to think they’re almost drinking a milkshake. That chocolate and malt character come through. The smell is subtle you get more of the darker malts on the aroma and the mouth feel is very slick, very velvety. Then there’s a slight bitterness on the finish to let you know you’re still drinking beer. 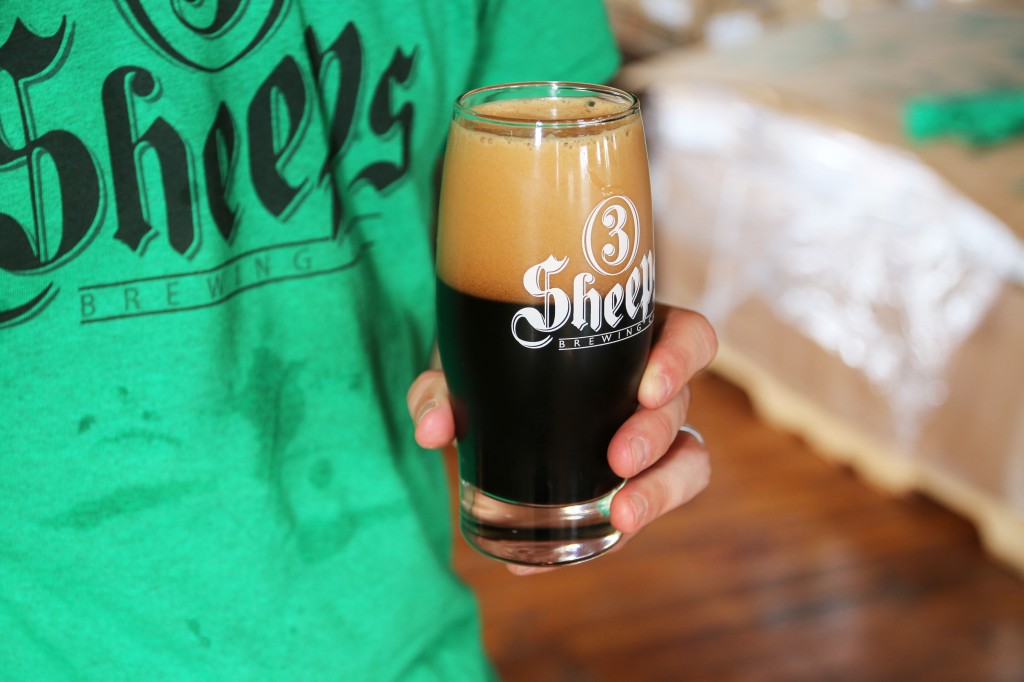 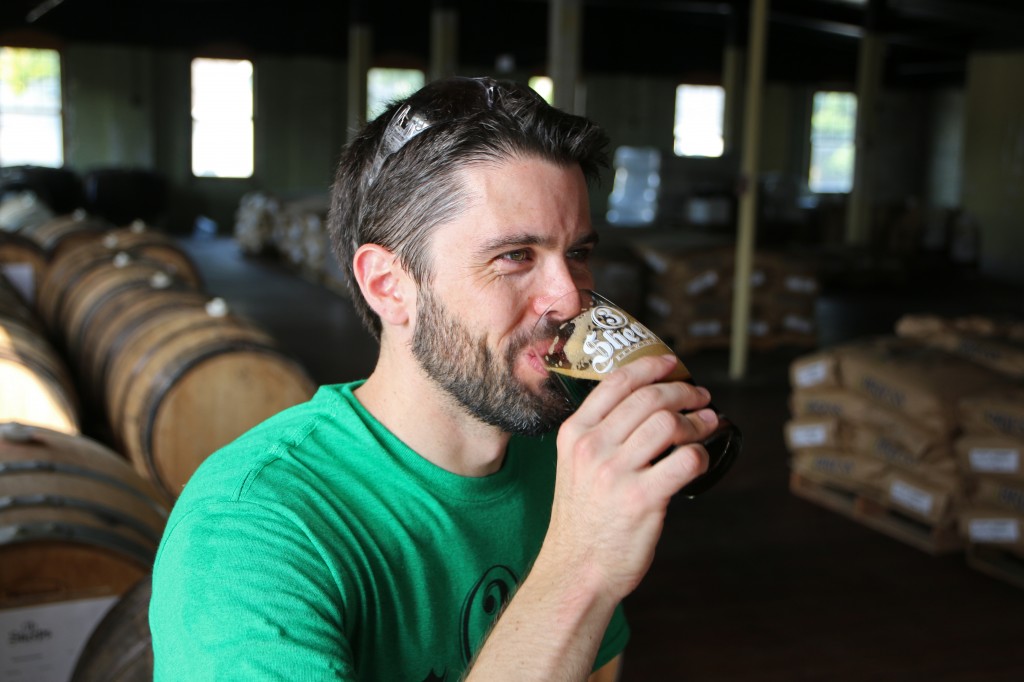 Cashmere Hammer bottles will land in Chicago on October 8th. Subscribe to our email newsletter and we’ll let you know when and where to pick them up!

Had my first bottle today. My new favorite stout! And its year around!