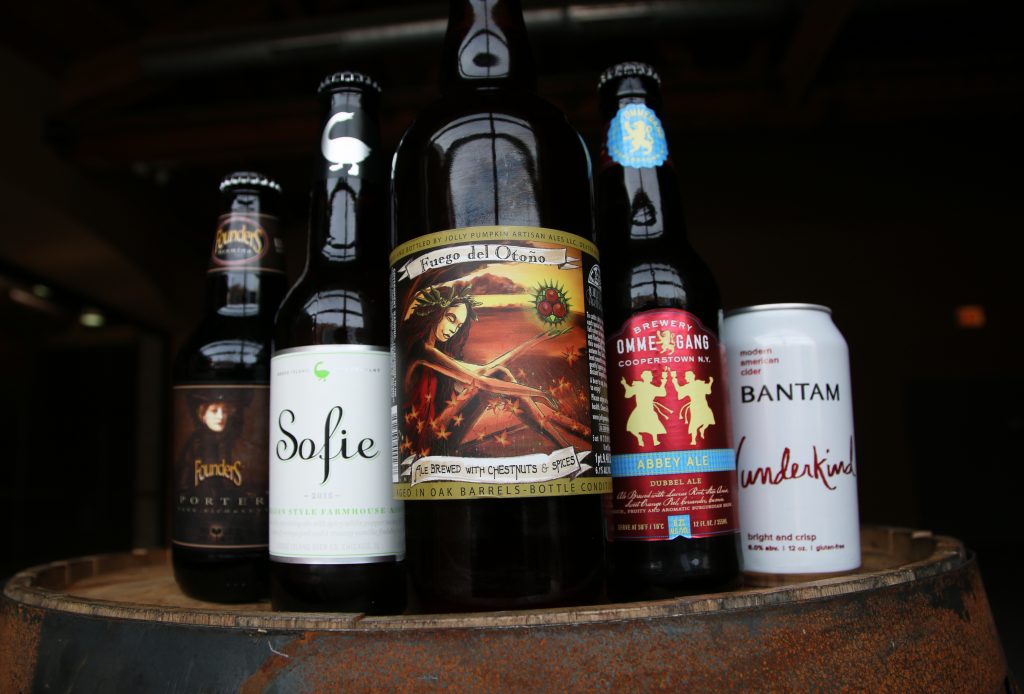 Here’s a scenario that almost all of us will experience this month: we’re standing in the beer aisle, staring down a shelf with a million options in the liquor store we stopped into on the way to someone’s house for a Thanksgiving feast. And we have no idea what to choose.

If you’re a beer fan, you’ll want to select something that pairs well with the food you’ll be eating. But how do you do that with a meal that’s not only a gigantic carbohydrate-driven super-feast, but also an evening full of a wide variety of flavors… all on one plate? You’re going to have to choose something that’s strong enough to stand up to the biggest dishes on the plate, yet subtle enough not to overpower the more delicate ones. And when you’re standing in that crowded beer aisle, how are you supposed to know what fits that bill?

We sat down with Chris Kolodziej, Lakeshore Beverage’s Craft Beer Sales Manager and beer pairing expert for some tips and tricks, as well as his personal beer recommendations. Check out the post, then head on over to the Lakeshore Beverage BEER FINDER, enter your zip code and locate one of these Thanksgiving-meal approved beers near you. 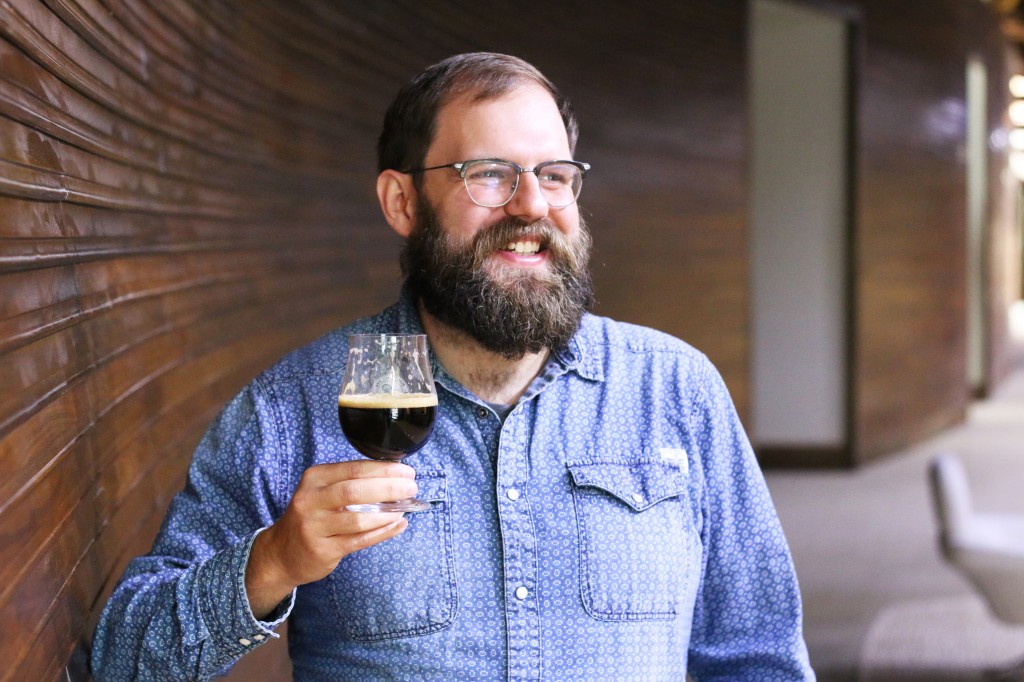 How To Pair Beer and Food: Comparing and Contrasting

On the flip side, you can also pair contrasting flavors by finding notes that are absent from the food but are in the beer to create a new flavor profile altogether. 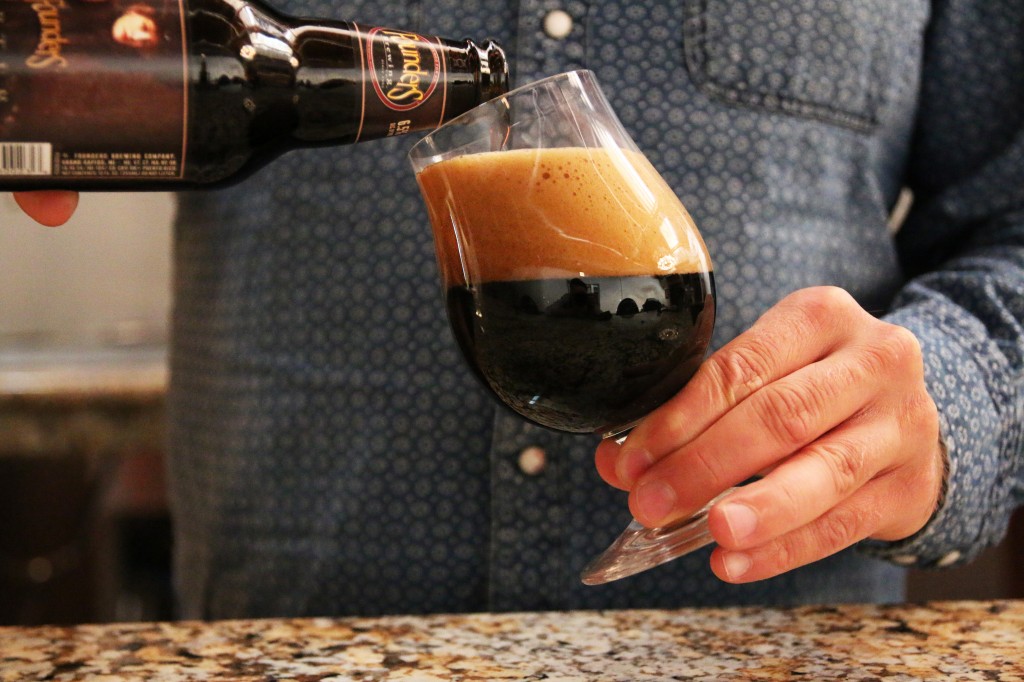 If you’re doing a dessert that’s sweet and you put it with a sweet beer, it’s going to make the dessert seem less sweet. You might use a beer that has some lactose sugar in it, which gets left behind after the fermentation process and leaves a little sweetness and a creamy body. That way, the lactose sugar and the sweet dessert will subdue each other and not seem as sweet as their individual parts. In the same way, acidity subdues salt. So if you have a really salty food and pair that with a high-acid beer, it will bring down that salt level. 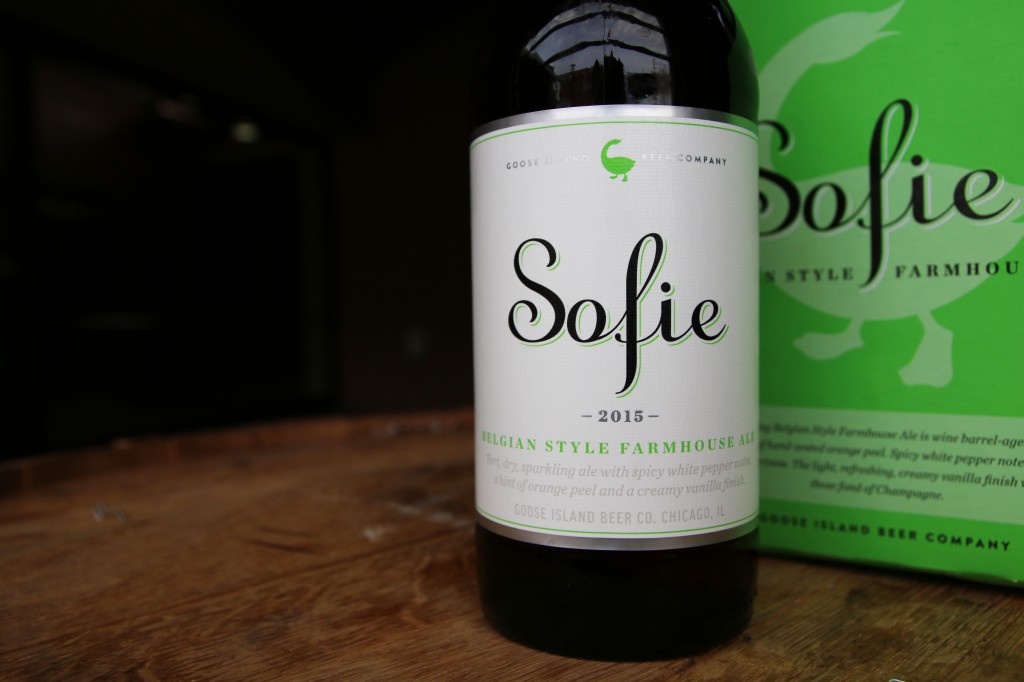 Sofie is a farmhouse-style beer from Goose Island. It’s part of the vintage series and is a saison that spends some time aging in former white wine barrels. Sofie works well with the Thanksgiving meal because of the flavors it has – notes of orange and oak, but also because of it’s high carbonation. The tight bubbles are really good for scrubbing fat from your palate when you’re eating a big heavy meal like Thanksgiving dinner.

Chris: Sofie’s notes of orange and oak and its high carbonation make it perfect for a heavy meal. 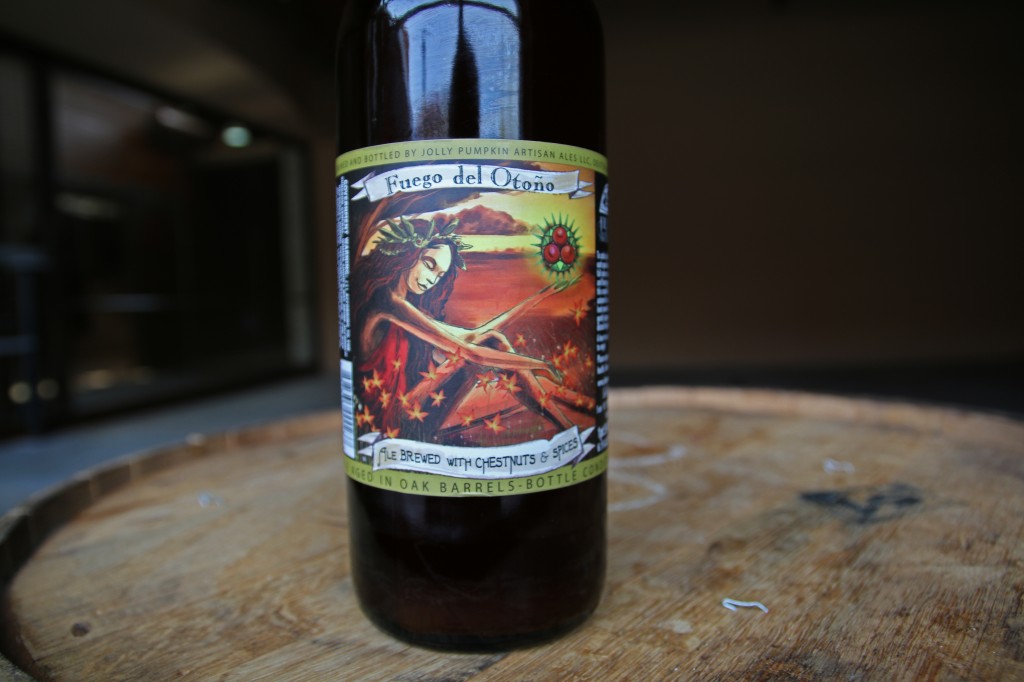 Fuego Del Otono is a wild yeast fermented beer by Jolly Pumpkin. It’s made using roasted chestnuts and, like all their beers, is fermented by wild yeast that’s floating through the air of Dexter, Michigan. The beer then spends some time in oak before being refermented in the bottle. The beer features more amber, caramel-y malts than some of their other beers to give it a little darker color and richer body for the Fall season. Because it’s wild yeast fermented, it’s tart and lactic, acidic.

It works well with the Thanksgiving meal because of its acidity. One of the key wine pairing rules is that you want your wine to be slightly more acidic than your food. Acid is able to cut through a lot of flavors, especially fat. This beer will cut through all the fatty, rich flavors in the meal. Because it’s a little bit sour, it may not pair 100% with some of the dishes like brussels sprouts or you vegetable sides but with a roasted turkey or pork, this beer will do a really great job.

Chris: Fuego Del Otono’s high acidity will cut through the fatty flavors in the meal, while the caramel-y malts and rich body will compliment roasted dishes. 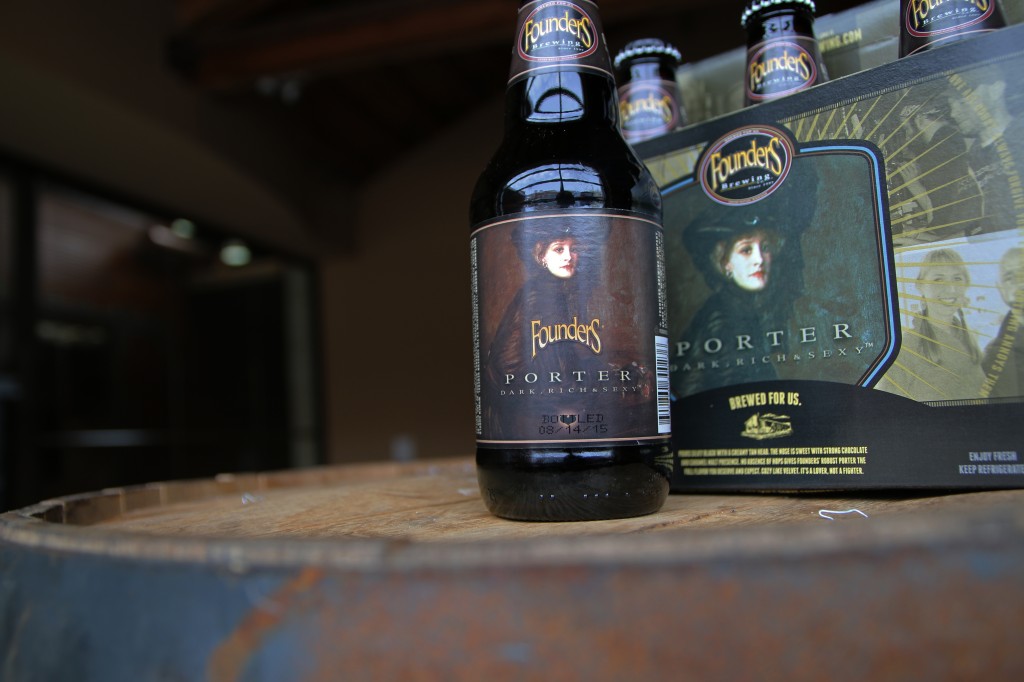 Founders Porter is, in my opinion, one of the most classic American porters. This beer is a great choice for the meal as you start to lead a bit more into desserts. It uses a darker roasted malt so you’re going to get flavors of coffee, chocolate and general roastiness.

If you’re serving more of a roasted pork dish or roast beef dish – those big roasty flavors are going to compliment the notes in this beer. Also, as you start to get into dessert and you look at pecan pie, brownies, shortbread cookies or anything like that, you’ll find a really nice compliment with the coffee and chocolate notes in the porter.

Chris: Founders Porter’s dark, roasted malts and notes of coffee and chocolate make it the perfect perfectly with roasted dishes or rich desserts. 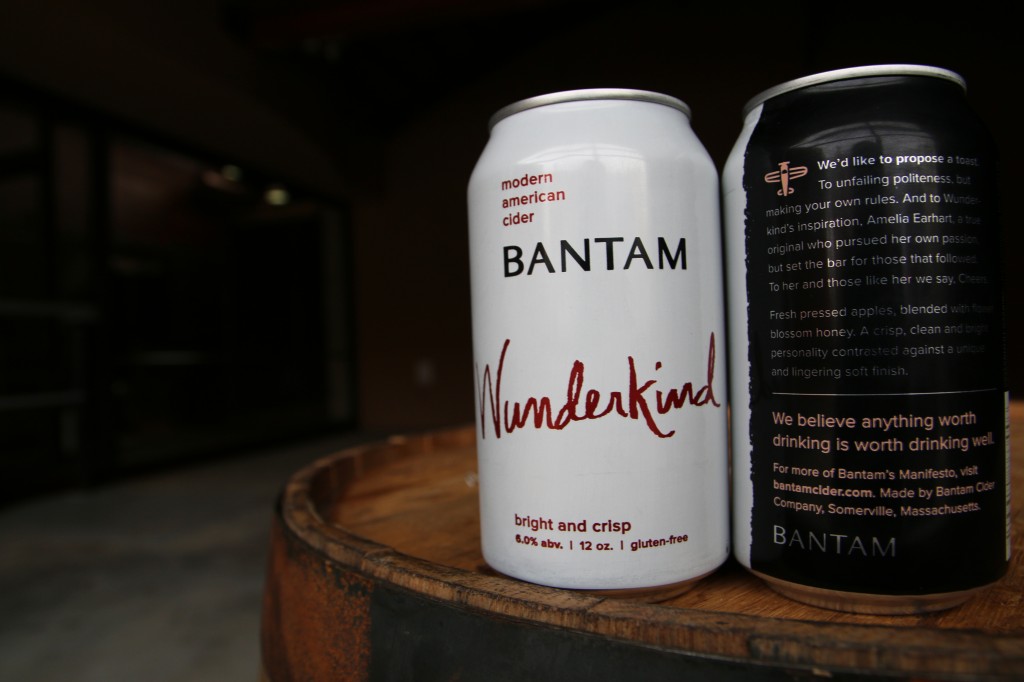 Bantam Cider is a cidery from Boston who just arrived here in Chicago. I chose this cider because it has a really nice carbonation and easy drinkability. It’s a very dry cider, which is crucial for food pairing. When a cider’s really sweet, it tends to be very tacky, which isn’t refreshing to the palate for a big meal. Wunderkind is very clean, it doesn’t have a bunch of secondary ingredients, it’s not back sweetened, it’s dry, made with fresh-pressed apples and champagne yeast.

The champagne yeast is meant to bring out the ester-y qualities of the yeast. They also add a bit of a small-batch honey not to add sweetness, but as fermentable sugar to release the herbaceous notes of the honey.

This works great with the Thanksgiving meal because dry ciders are great for pairing with food and the style is very under-represented in the dining scene in the US. If you look to Europe, dry ciders are a big part of going out and eating and drinking. This dryness, combined with the style of fermentation, results in the ideal beverage for pairing with the a large, fatty meal.

Chris: Wunderkind is a clean and dry cider with champagne yeast that makes it perfect for a large, fatty meal. 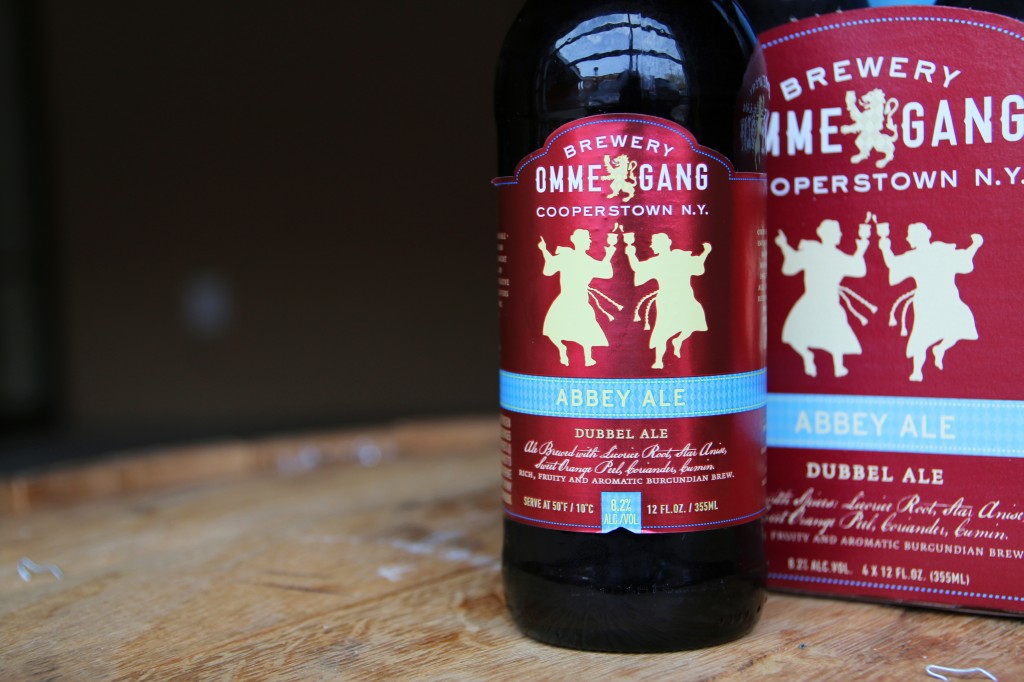 Brewery Ommegang is a brewery from Upstate New York, whose parent company is Duvel-Moortgat, a well-respected Belgian brewery. In New York they brew very traditional Belgian-style beers. This is an Abbey Ale brewed in the style you would get in a Belgian monastery. I picked it because it’s a bit more malt-driven so you end up with nice, subtle, caramel malt notes. It’s got some sweetness to it but not overwhelmingly so, and you get great carbonation.

It’s the ideal beer for pairing with a wide array of meats, whether that’s poultry or pork or beef. It also works really well alongside roasted root vegetables like sweet potatoes, as well as stuffing and certain desserts like pumpkin pie.

When people ask for a single piece of advice on choosing a beer to bring to someone’s house I tell them to “Keep It Simple Stupid.” If you’re looking at a beer on the shelf that’s an Imperial Russian Stout brewed with chocolate and raspberries and fermented with tree bark, it’s probably going to have too many flavors in it to pair with this meal. If you’re looking at an imperial IPA with orange zest and aged in oak, you’ll have a lot of really strong flavors and a lot of things happening. Stay away from a lot of hops – basically, stay away from anything that will wreck your palate or overwhelm the flavors of the food.

thank you, great advice and nice insight into a number of beers that sound great